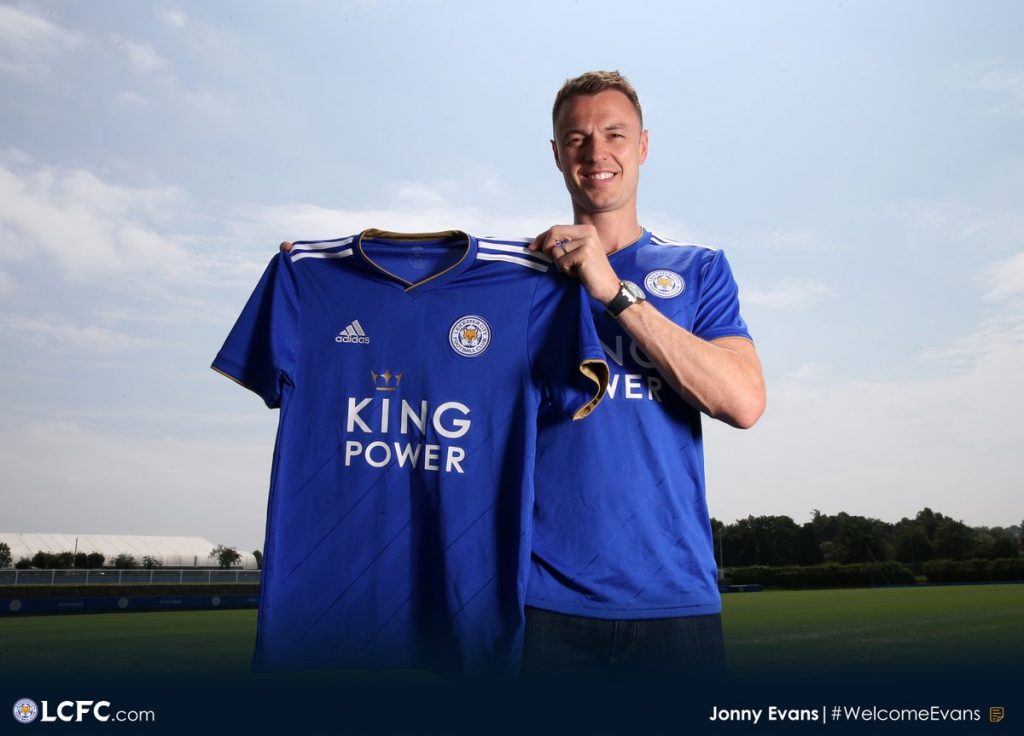 The 30-year-old centre-back has joined the Foxes for an undisclosed fee believed to be in the region of £3.5m. He has signed a 3-year contract with the club.

Apparently, the player had a clause in his contract that allows him to leave for a nominal fee in the event of relegation.

Both clubs have now confirmed the deal on their official website.

Speaking to LCFC TV, Evans said: “It’s great to join and I’m happy it’s all gone through. When this opportunity came up, it’s one that I couldn’t turn down. It’s an ambitious Club, the owners are ambitious and everyone wants to push the Club forward. I hope that I can give lots to the team and the Club. It’s a great place to play football, the fans really get behind the team and the players are fantastic – these are all factors that made me want to sign for this Football Club.”

Leicester City manager Claude Puel said: “Jonny is a player of great experience in the Premier League and to have him as part of our squad is fantastic news for the Football Club. He knows exactly what it takes, he is a winner and a leader. He will bring a great deal to our squad and I’m delighted to welcome him to Leicester City.”

Evans is expected to partner Maguire at the heart of Leicester’s defence next season. Puel has already splashed the cash on Pereira this summer and the arrival of Evans will further strengthen his defence.

The 30-year-old should prove to be a very good player for Puel next season. Apart from his quality, he will bring some much-needed experience and leadership into the Leicester City dressing room.

The former Manchester United player has proven his quality in the Premier League over the years and singing him is a major coup for Leicester.

A great deal and looking forward to the new defender! #WelcomeEvans

Totally over the moon with this signing, quality player and the thought of Jonny partnering @HarryMaguire93 is awesome ? ?

Now they have a really good starting XI:
Schmeichel