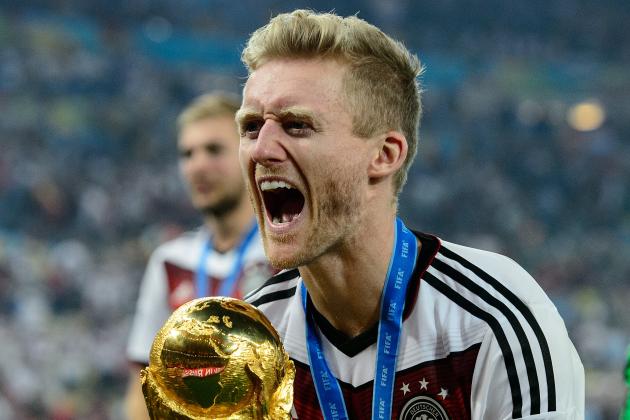 Bundesliga clubs Borussia Dortmund and Wolfsburg have reached an agreement for the transfer of German International Andre Schurlle, both the clubs have announced.

The 25-year-old has signed a five-year contract with Dortmund and will reportedly cost in the region of €30 million for the Bundesliga runner-ups.

Following the announcement of his transfer, Schurrle said: “Borussia Dortmund is one of Europe’s top clubs and they have a strong and extremely exciting squad.

“I know from my own experience how much strength BVB can harness through its interaction with its fans and I am now very much looking forward to experiencing that as part of the Black and Yellows for the first time rather than as a marvelling opponent.

“In the coming years I want to achieve success with Borussia Dortmund and can hardly wait to start training and to convince everyone that the club has made the right choice in signing me.”

Schurrle leaves Wolfsburg after only 18 months since his £22 million switch from Chelsea and will become Dortmund’s eighth signing of the summer.

Dortmund’s Sporting Director Michael Zorc said: “André Schürrle is a Germany international with outstanding attacking potential who is also a very good passer of the ball and consistently contributes neatly to his team’s defensive play.

“Though still just 25 years old, he has already amassed considerable international experience. His quality will be of great value for our team.”

Schurrle follows into the footsteps of his national-side teammate Mario Gotze, who returned to Dortmund earlier this week in a £18.3 million deal to end his three-season spell at rivals Bayern Munich.