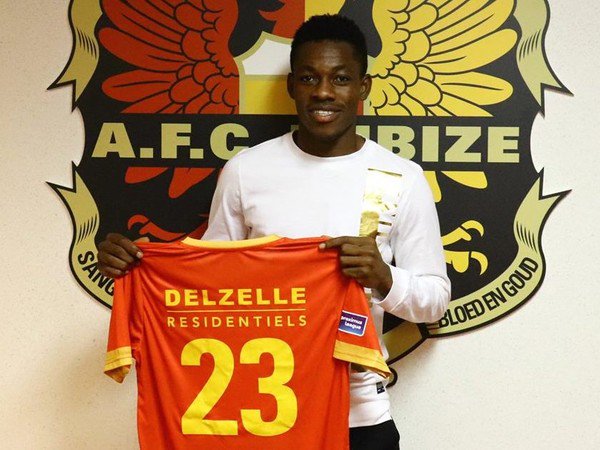 Manchester City midfielder Divine Naah has joined AFC Tubize after his deal with the Sky Blues expired this summer. The 22-year-old spent four years with City but never made a first-team appearance as he was unable to secure a work permit.

As a result, he was loaned out every year to continue his development and now he’s signed a permanent deal with the club he spent six months at last season. The Ghanaian midfielder joined City from Right to Dream in 2014 and has embarked upon five loan moves away from the Etihad Stadium since.

Naah first joined Norwegian OBOS-ligaen outfit Stromsgodset in August 2014 until December the same year, making just one appearance. He finished the campaign with Dutch Eredivisie side NAC Breda and stayed a further season, featuring 42 times in all competitions.

In July 2016, the 22-year-old joined Danish Superligaen side FC Nordsjælland and made six appearances before returning in January 2017. Naah finished the season with Swedish Allsvenskan club Orebro SK, making 13 appearances in the first-team.

Last season, the City outcast joined Tubize in January 2018 until the end of the campaign and has now signed for the Belgian Second Division club permanently.  He’s led a nomadic career at the age of 22 but will surely be hoping he can settle at one club and develop.