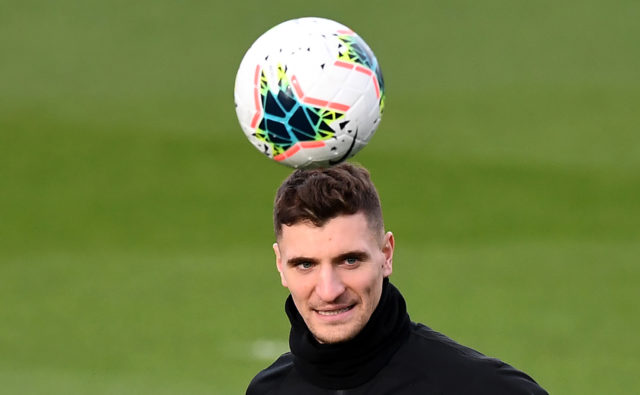 According to transfer expert Nicolo Schira, Thomas Meunier will join German giants Borussia Dortmund at the end of the season.

Schira claims that the 28-year-old has chosen to join Dortmund, and that it is a ‘done deal’. He will join as a free agent, and will sign a four-year deal at the German club.

The defender will replace Achraf Hakimi who will return to Real Madrid following his loan spell.

Dome deal! Thomas #Meunier joins #BVB as a free agent at the end of the season. The belgian right-back will sign 4-years contract with #BorussiaDortmund and he will replace Achraf #Hakimi, who comes-back to #RealMadrid. All confirmed what i said 3 months ago! #transfers
👇👇👇 pic.twitter.com/ofSaNKYfRA

The Belgian right-back has made 16 appearances in Ligue 1 this season for Paris Saint-Germain.

The 40-times capped Belgium international joined PSG in 2016 and has made over 125 appearances for the club, scoring 13 goals in all competitions. He has also won three league titles with PSG.

However, PSG decided against renewing his contract. He was linked with a move to a host of other clubs, but it seems he has chosen Dortmund instead.

The news will come as a blow for Tottenham Hotspur.

The Express has reported this week that Spurs have been in talks to sign the defender on a free transfer.

The report claimed that Jose Mourinho has been tracking the former Club Brugge defender for several months and that he has already spoken to the player to persuade him to join Spurs.

The north London club will have to look for options elsewhere.