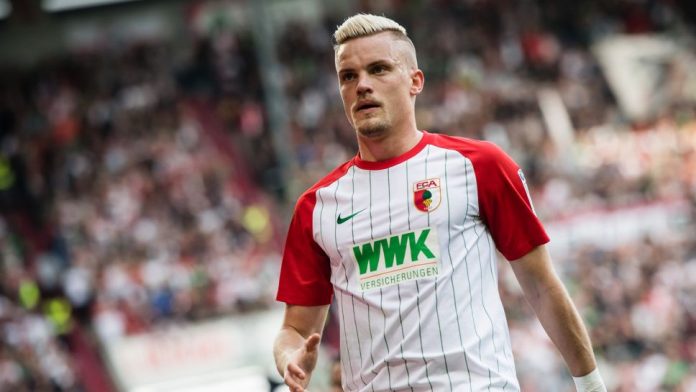 Newcastle United fans have taken to social networking site Twitter to express their reaction after reports emerged that the Magpies are showing interest in signing Philipp Max from Bundesliga side Augsburg.

According to reports from The Chronicle, Newcastle have been presented the opportunity to sign the 25-year-old left-back, who is valued at around £18 million.

Signing a left-back has been a priority for the Magpies this summer, and Max has reportedly been ‘pushed forward’ to the Tyneside club as a potential option.

Max is an attacking-minded full-back who provides pace on the flanks. Many Newcastle fans hvae urged the club to sign him at the earliest. Here are some of the selected tweets:

What is going on? Ashely burning the Arab money

Good player. Played in the pre-season friendly at SJP last season from what I remember. Very good crosser and dead ball specialist

That would be an amazing window

I will be over the moon if we manage to sign him ?

He would be an unreal signing

Max scored four goals and provided two assists for the Bundesliga side last season. What should attract Steve Bruce is his versatility as he can also play in the left-sided midfield as also in the left-wing position.

Newcastle should definitely make a bold move for the defender, and it remains to be seen whether the Magpies can negotiate a good deal and lower the asking price.