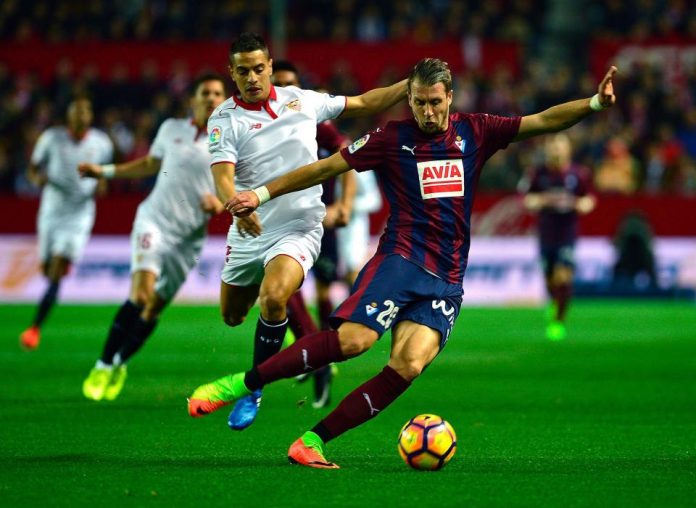 Newcastle United are closing in on a deal for the Eibar defender Florian Lejeune.

According to El Diario Vasco, the Magpies are very interested in the La Liga centre back and have decided to pay his release clause. Lejeune has a release clause of €10 million.

The Spanish outlet have quoted Eibar’s sporting director Fran Garagarza, who claims that Newcastle have made serious advances to sign their defender. Garagarza has also confirmed that it will be complicated for them to keep Lejeune at the club now.

The 26-year-old Frenchman primarily operates as a centre back but he can play in the midfield as well. His versatility will certainly be a bonus for Benitez next season.

The report adds that Newcastle have offered to double Lejeune’s current wages and the player is tempted now. The defender is expected to sign a four-year deal with the newly promoted outfit.

Benitez will be looking to establish Newcastle as a Premier League club once again and the former Liverpool manager has been promised substantial funds in the transfer market this summer.

It seems that the Spaniard is close to strengthening his defence with the addition of Lejeune now. Losing the Frenchman would be a major blow for Eibar. The 26-year-old was a key member of their defence and he helped his side finish 10th in La Liga last season.