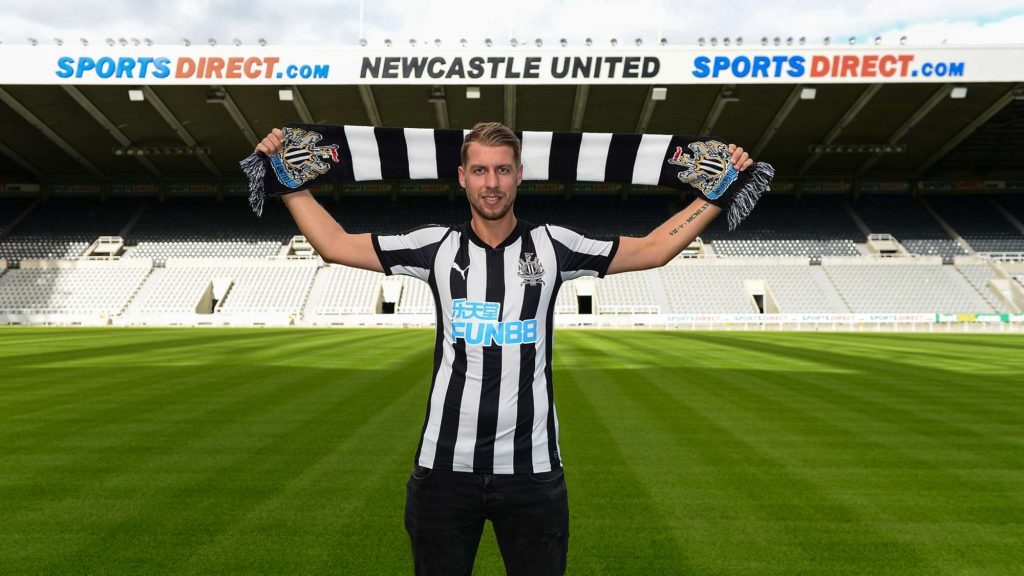 Newcastle have announced the signing of Florian Lejeune from Eibar for a fee of £8.7 million. The highly rated centre-back has signed a five-year contract with the Magpies.

The 26-year-old had been linked with a move to St James’ Park for weeks now and the Magpies have finally secured his services.

Lejeune had a fantastic season with Eibar in La Liga last term and he will hope to make a similar impact in the Premier League next season. The Paris-born defender helped his team finish in the top half last year.

The defender will join his teammates for pre-season training this week.

He confirmed that the conversation with Rafa Benitez was crucial. The Spanish manager helped make his mind up about a move to England.

Lejeune said: “I’m very happy to have signed. Newcastle United is a big club, and I’m very happy to be here. When you have a manager like Rafa Benitez who wants you, you are very happy to come. Since I’ve been in touch with the manager, it was an easy decision for me to come here.”

Benitez also confirmed that he has been tracking Lejeune for a while now. The former Liverpool manager has been following the defender from his time at Villarreal.

Rafa: “I would like to welcome Florian to Newcastle United. He is a player that has done very well this year in Spain.” pic.twitter.com/CH1iYy3UU8

He added: “I would like to welcome Florian to Newcastle United. He is a player that has done very well this year in Spain. I have known about him for a while since he began playing for Villarreal. He has progressed a lot as a player in the last few years and I know he will give us something different at the back – he is good with both feet, he’s big and he’s good in the air also. If he settles well into English football then I am sure he will be a success and will give us a lot of competition in this area.”