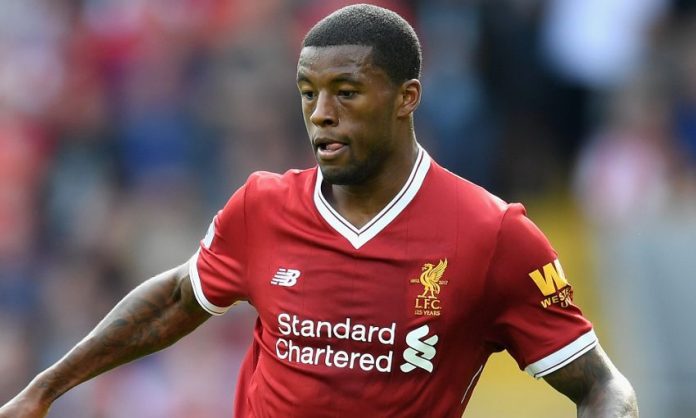 According to reports from Turkey, Newcastle United are showing keen interest in re-signing Gini Wijnaldum in the summer transfer window.

The 27-year-old joined Liverpool from Newcastle United for a fee in the region of £25 million in 2016. He has been a regular member for Jurgen Klopp’s side and made 33 Premier League appearances last season, scoring one goal.

He also made 12 appearances in the Champions League for the Reds. However, recent reports suggest that he could be on his way away from Anfield this summer.

Liverpool have completed the deals for Fabinho and Keita in the summer transfer window. Plus, Klopp will have Jordan Henderson and Alex Oxlade-Chamberlain as other midfield options, which means Wijnaldum, who earns around £90k-per-week at Anfield, is likely to drop down the pecking order at the club.

According to The Takvim newspaper (h/t Turkish Football), the Magpies have made an offer for the Netherlands international and that talks are ongoing between the two clubs.

Newcastle fans have taken to social networking Twitter and some of them want the club to sign their former player.

I wouldn’t rule it out purely on the basis that Liverpool probably still owe us instalments from the original sale. If so, knowing how tight Ashley is and how much Liverpool are spending, it would make it a good negotiating position for Ashley to get him fairly cheap

Don’t do this to me and get the hopes up ?

If’s it true? Yep. In a heartbeat.

They have just brought to more midfielders so his chances could be limited, probably bollocks but would have back in a heartbeat

Would be very good ?