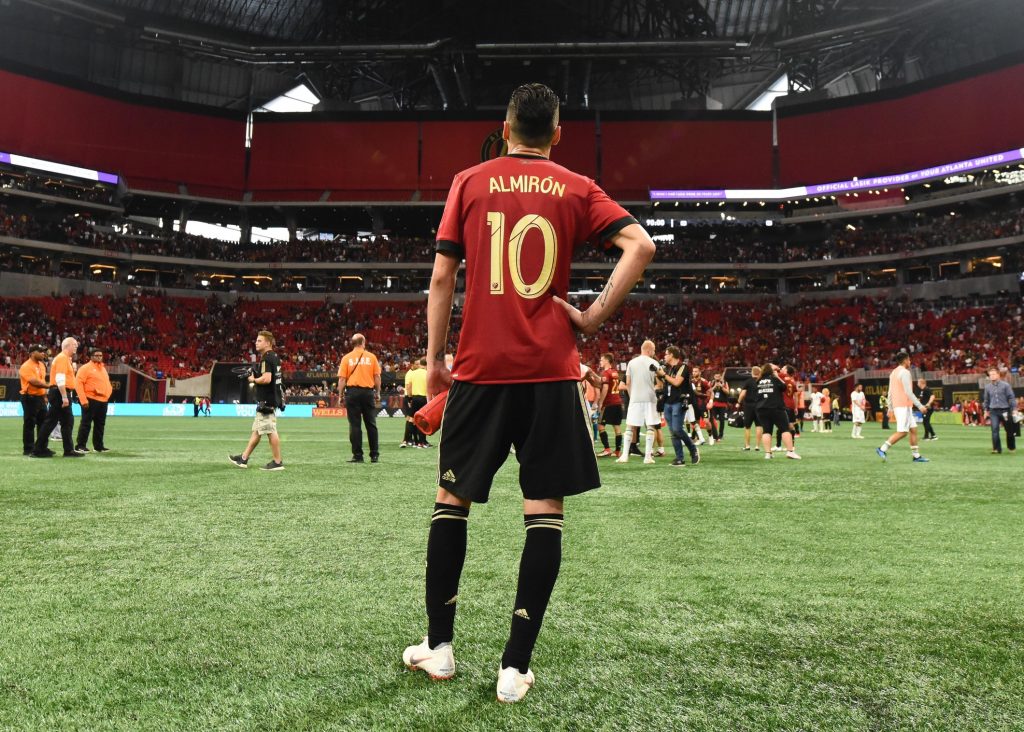 Newcastle have been linked with the MLS star Miguel Almiron for a while now.

It seems that the Magpies are now closing in on his transfer and the deal could be announced soon.

Rafa Benitez is in desperate need of additions and Almiron would be a superb signing.

The Paraguayan midfielder has been in red hot form for his side this season and he would improve Newcastle immediately.

Almiron will add goals and creativity to the Newcastle team and he will also improve the players around him.

The technically gifted playmaker has got 13 goals and 11 assists in the MLS this season.

The likes of Perez and Rondon will benefit from having a creator like him in behind them. Almiron could transform Newcastle during the second half of the season.

Newcastle fans have taken to Twitter to share their thoughts on the potential arrival of the playmaker. Here are some of their reactions to the transfer links with Almiron.

Hopefully it is if this is true ? pic.twitter.com/R8KglYy2I6

Bullshit, if it happens, words won’t describe how happy I’ll be

He’s joining, well maybe not, he’s joining but then again maybe not, oh no he’s definitely joining…Yep around in circles we go ?

Would love #nufc to confirm the signing of Almiron with in the next few days then that would shut down all the negative comments of the takeover talk being a smokescreen for not spending. #NUFCTakeover

Imagine if skysports just flashed up nationwide of Ashley leaving nufc for the final time and Peter Kenyon walking in hand in hand with this Miguel Almiron guy draped in #nufc scarves.