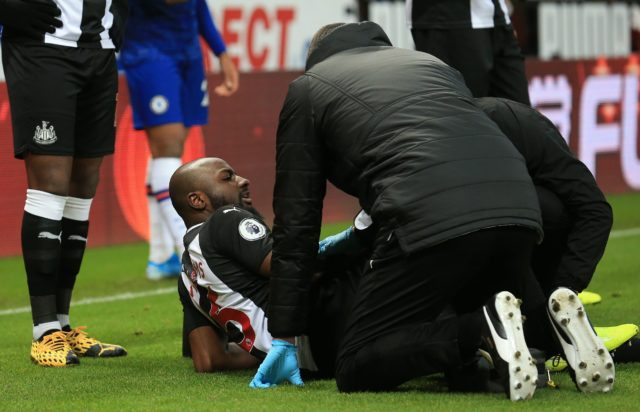 Newcastle United fans have taken to social networking site Twitter to express their reaction to reports linking their club with a move for Jetro Willems this month.

According to reports from the Shields Gazette, the Magpies have explored the possibility of signing the 26-year-old Dutch defender as Steve Bruce is looking to bolster his defence.

Newcastle signed Jamal Lewis in the summer, while Bruce has Paul Dummett as another option. However, Lewis has struggled to make a strong impact, while Dummett has injury concerns having missed most of last year with hamstring problems.

Bruce is looking to bring in a few players this month on loan, and Willems could be an option for the Magpies. Many Newcastle fans have suggested that he should be signed this month and that it’s a no-brainer.

I'm amazed this hasn't been tied up already! 🤷🏻‍♂️#nufc

The boost from him signing would probably be better than the actual advance he’d bring on the pitch, good player but not really what we need right now, definitely want him in but by God we desperately need at least one central player or we’re doomed

Absolute no brainer – him and ASM down the left side will give us a bit of familiarity that has been horrendously lacking this season (assuming both get match fit!)

He could have been here on the 1st of January.

He’s made no mystery of the fact he wants to come. The fans love him and he is better than what we have. Complete no brainer.

Another loan? Why can’t we just buy him? He’s not gonna cost that much and it’s not like he’s a massive risk, he’s played for the club before, bonkers to me

It’s a complete no brainer to bring him back like

Even on one leg he'd improve our LB position

Willems joined Newcastle on loan from Eintracht Frankfurt last season. He made 19 Premier League appearances and impressed heavily before his loan spell was cut short by an ACL injury.

He picked up the injury in January and was forced to return to his parent club. His contract is set to expire next summer, but it seems the Bundesliga club are ready to send him on loan this month.

Willems is a popular figure among the Newcastle fans and he is keen to return to St James’ Park as well.

Bruce, what are you waiting for?