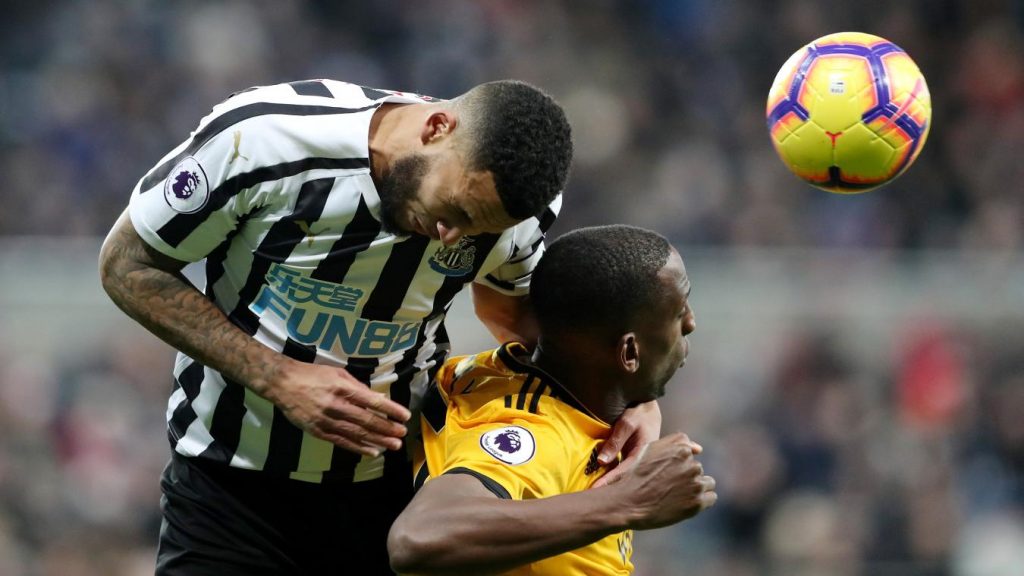 Newcastle crashed to a 2-1 defeat at home to Wolves in the Premier League last night.

Goals from Diogo Jota and Matt Doherty earned a vital away win for the newly promoted outfit.

Jota gave Wolves the lead on the 17th minute but Newcastle United did well to get back on level terms soon after. Ayoze Perez scored for the home side six minutes later.

Doherty scored deep into stoppage time to secure the win for Nuno’s side.

DeAndre Yedlin was sent off for the home side around the hour mark and it was a damaging blow for the hosts.

Manager Rafa Benitez won’t be too happy with the result and it will be interesting to see how Newcastle react in their next game.

The fans weren’t too impressed with Jamaal Lascelles’ performance against Wolves and they took to Twitter to share their thoughts on the defender’s display.

Lascelles has had the worst game of his career today. Dreadful. #NUFC

Jamaal Lascelles has declined a lot. Head must have been turned when Big Mig Delaney announced we were signing either him or Tarkowski

Jamaal Lascelles can fuck off for me. Get that fucking captains armband off him!! #NUFC

What the fuck was that? Lascelles man. Shocking defending #nufc

Lascelles is our fifth best centre back.

Lascelles had an absolute stinker today. Sooner Lejeune is back the better. #NUFC

Started atrociously. Lascelles hasn’t been at the races at all today. Ki, Atsu and Diame have been alright but need to improve.

Since the goals we’ve been comfortably the better side. Just need to push on in the second half and find another goal. HWTL #NUFC

Lascelles fault for both goals imo

Lascelles knew he’d had a stinker, headed straight off the pitch at full time. #nufc

I like lascelles but this season, he seems to have gone off the boil a bit. I thought he’d have upped his game even more with 2 new cbs at the club. We could really do with a captain’s performance soon and someone to take charge of the game #nufc

Gash game by Lascelles there #NUFC

Free kick for #NUFC, ball comes to Lascelles but he heads it backwards… Sub the bloke.

Lascelles isn’t exactly looking at his best this afternoon… #NUFC

Jamaal Lascelles needs to step the fuck up, been diabolical lately.