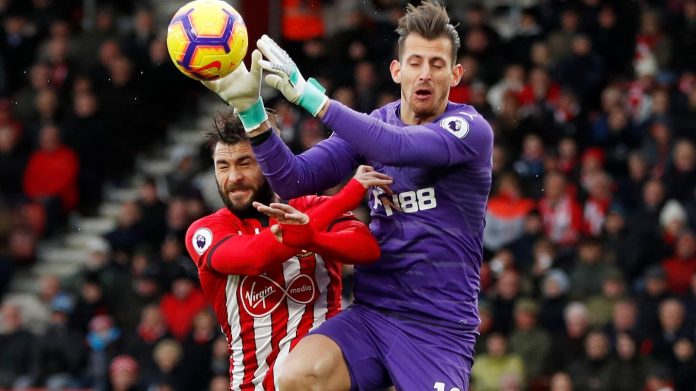 Newcastle United earned a point against Southampton away from home yesterday.

Rafa Benitez’s side are yet to win a single league game this season but the Spaniard will be happy with the point at St Mary’s.

The home side were more dominant and they could have easily won the game. Dubravka produced a superb performance for Newcastle in goal and the Saints attackers were quite wasteful as well.

Dubravka has been a major fan favourite since the time he joined the club and the fans seemed delighted with yet another outstanding display from their keeper.

The likes of Elyounoussi, Stephens and Lemina had good chances to put the home side ahead but Dubravka did well to keep his side in the game.

Muto had a decent chance to score for the visitors. Other than that, Newcastle struggled to create much.

We need to wrap Martin Dubravka up in cotton wool and place him in a safe spot between every match. He will be key if we are to stay up; absolutely terrific keeper. #NUFC

Dubravka is the best keeper since Given.

Without Dubravka and Shelvey, this side doesn’t get promoted from the Championship.

Without Martin Dubravka we’d be bottom of the League…

Dubravka’s shot stopping is second to none.

Poor marking from Newcastle. Dubravka bails us out.

Martin Dubravka deserves to play for a better team then us. He is an incredible goal keeper and we don’t deserve him tbh.

On a serious note.. Dubravka could be Number One GK for any team in the Premier League.

He is genuinely that good.

At 29, it’s amazing that no top club has taken a punt on him so far in his career.#NUFC