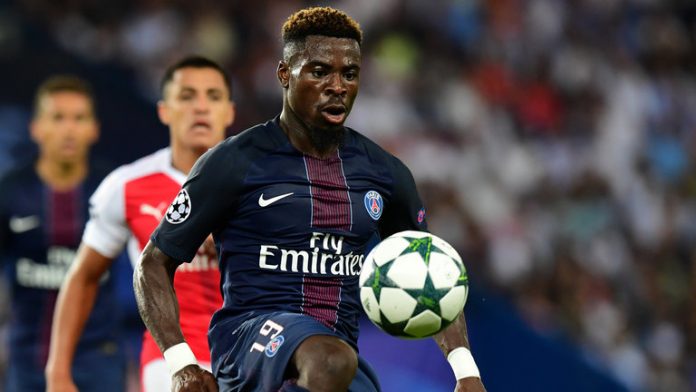 Serge Aurier believes his £23 million move to Tottenham Hotspur from Paris Saint-Germain will give him the chance to make a fresh start in his career.

The 24-year-old has signed a five-year contract with the club and he replaces Kyle Walker who joined Manchester City in a £50m deal earlier in the transfer window.

Aurier’s move was thrown into doubt over a work permit application, due to an ongoing appeal over a conviction in France for assaulting a police officer, which resulted in a two-month suspended prison sentence.

The French courts have since downgraded the full-back’s sentence to a fine, paving the way for the transfer to be completed.

“This is a huge and exciting opportunity at a massive football club and I’m determined to prove myself as a professional both on and off the pitch,” he said.

“This is a fresh start for me and I will do everything to make the Spurs fanbase, which is huge and diverse, proud of me.

“The fans are the most important people at any club and I’m looking forward to showing them and everyone at Spurs the real Serge Aurier.”

The Ivory Coast international has been involved in a series of controversies during his time with PSG and his signing represents a risky piece of business for Spurs.

Aurier was banned by UEFA for three Champions League matches back in 2015 after making insulting comments towards a referee on Twitter.

In February 2016 Aurier used a homophobic slur against PSG manager Laurent Blanc. He was suspended by the club and ordered to train with the reserves for more than a month.

Later the same year, Aurier was investigated by FIFA after making a throat-slitting gesture while celebrating a teammate’s goal during Ivory Coast’s match against Mali.

Aurier is undoubtedly a talented full-back, but unless he can change his ways Spurs could regret bringing him to the Premier League.