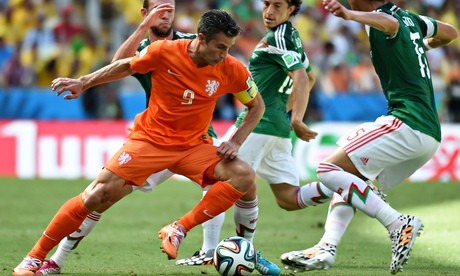 Germany and Brazil’s victories yesterday meant that all ten knockout fixtures at the 2014 World Cup have seen the favourites progress.

Brazil looked more impressive than expected in their 2-1 win over Colombia. Their hopes of getting past the semi-final stage look near impossible now with Germany looking unstoppable and with Neymar ruled out of the competition through injury and Thiago Silva suspended for the next match.

With the favourites all winning so far, that points to Argentina and the Netherlands to make up the final four if this pattern continues. 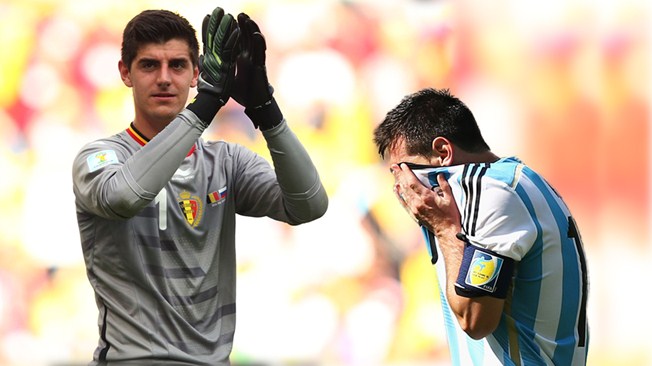 Argentina face Belgium in the first game on Saturday with both sides needing extra-time to see them through in the previous round.

Alejandro Sabella’s side have still to come alive in this tournament, winning all four of their games by the single goal. Lionel Messi as per usual involve in the winner against Switzerland, hurdling Fabian Schär’s challenge to set up Ángel di María’s 118th minute winner.

Marcos Rojo is suspended for the South American’s in this match and they don’t have a natural replacement at left-back which should work to the advantage for Kevin Mirallas or Dries Mertens, whoever starts down the right for Belgium.

Belgium’s defence has only conceded two goals in this World Cup but they looked like a talented individuals against USA rather than a collective unit which makes me think Argentina can win the one on one match ups and score goals. Jan Vertonghen bombing forward should leave space down the right wing.

Argentina yet to be spectacular in this World Cup but I think they will get the job done once more and reach the semi-finals of a World Cup for the first time since 1990.

Argentina to advance is 1.48

Costa Rica have been the surprise pack of the World Cup making it to the final eight but the party stops right here for the Central American minnows.

Jorge Luis Pinto’s side looked out on their feet in extra-time before beating Greece on penalties in the last round. That’s two draws in a row for Costa Rica who I don’t see having enough to beat the Dutch.

The Netherlands will surely suffer from the loss of Nigel de Jong for the remainder of the tournament but they will be fine progressing from the quarter-finals without the holding midfielder.

Louis van Gaal’s side left it very late to beat Mexico and you would now expect them not to make a meal of this favourable match up.

Arjen Robben and Robin van Persie should be the key players for the Netherlands in this match doing forward against a Costa Rica defence that has been very tight and a goalkeeper in Keylor Navas who has been very impressive.

Arjen Robben to score and Netherlands to win is 2.30

Christian Bolaños and Joel Campbell should be seen as Costa Rica’s biggest threats in this game. One creating opportunities from the left wing and the other offering a pacey threat and long-range shooting capabilities. Netherlands have three centre-backs and a right wing-back to deal with these.

Costa Rica have only scored twice in their last three games combined and their opening two victories came against nations who admitted they weren’t prepared for the conditions in Brazil. Whilst the Dutch didn’t appear to handle them too well in their last match I cannot see past van Gaal’s side in this one.

Brazil will be without Neymar and Thiago Silva for their semi-final showdown with Germany. I except the European powerhouse to win this matchup.

Germany are currently 1.75 to reach the final – take these odds before they drop over the course of the next few days.