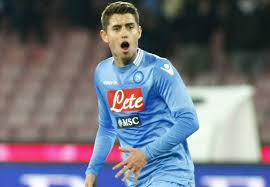 The 26 year old has made 18 starts for Gli Azzuri this season, contributing with 2 goals and 3 assists. In addition to that 4 Champions League appearances have seen him score 2 goals. One of those goals being against United’s rivals Manchester City.

The Manchester United boss is believed to see the Italian as a long term replacement for Michael Carrick and Mourouane Fellaini.

Brazilian born Jorginho started his career with Verona after moving to Europe as a teenager. He later made the move to Naples in 2014.

Having decided to represent Italy due to Italian grandparents, he has gone on to win 3 caps for the Azzurri.

Whether the Napoli man ends up at Old Trafford remains to be seen. One thing is for sure he won’t come cheap with Aurelio Di Laurentiis the Napoli president to negotiate with. Arsenal have also been linked, however that rumour has cooled somewhat.