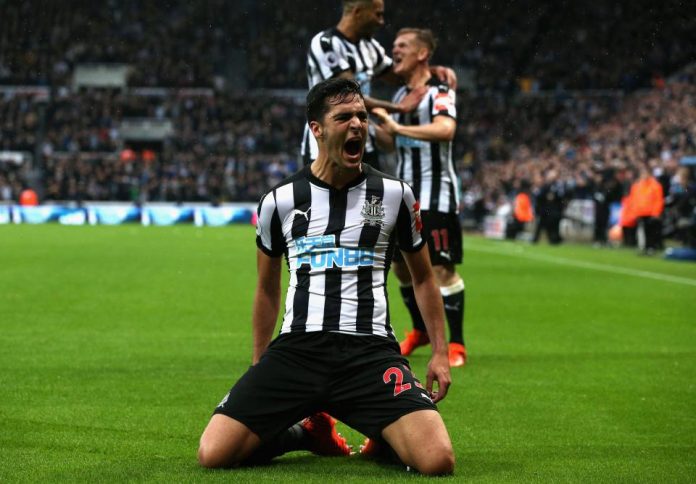 Newcastle midfielder Mikel Merino is set to leave the club this summer.

The highly talented player will return to Spain with Real Sociedad. The La Liga outfit have triggered his release clause of £10million.

According to the Chronicle, the player has already packed his bags and said his goodbyes.

The Magpies were not keen on selling him this summer but they are forced to part with him because of the release clause.

The likes of Athletic Bilbao, Sevilla and Real Betis were interested in the player who will now sign a five-year contract with Real Sociedad.

Here is how the Newcastle fans reacted to the news on social media.

I thought @mikelmerino1 would of had a fantastic career @nufc playing in front of amazing fans&arguably one of the best coaches in the world,he could of learnt so much.Mikel has been very hasty in his decision to choose to play for a second rate team in a poor league is bizarre

Gutted @mikelmerino1 is leaving #NUFC such a baller

such a shame that he didnt want to build his carreer with us and even worse that previous thinking he put a clause in hhis contract to leave for a bettter offer. wish him well as he is undoubtedly a talent

I’m gutted. We are losing someone special.

Shame. He’s the best technical player by a mile at the toon. Wouldn’t be suprised to see him move on for big money from them

Can’t get my head around this one. Such a shame, cracking player and so young.