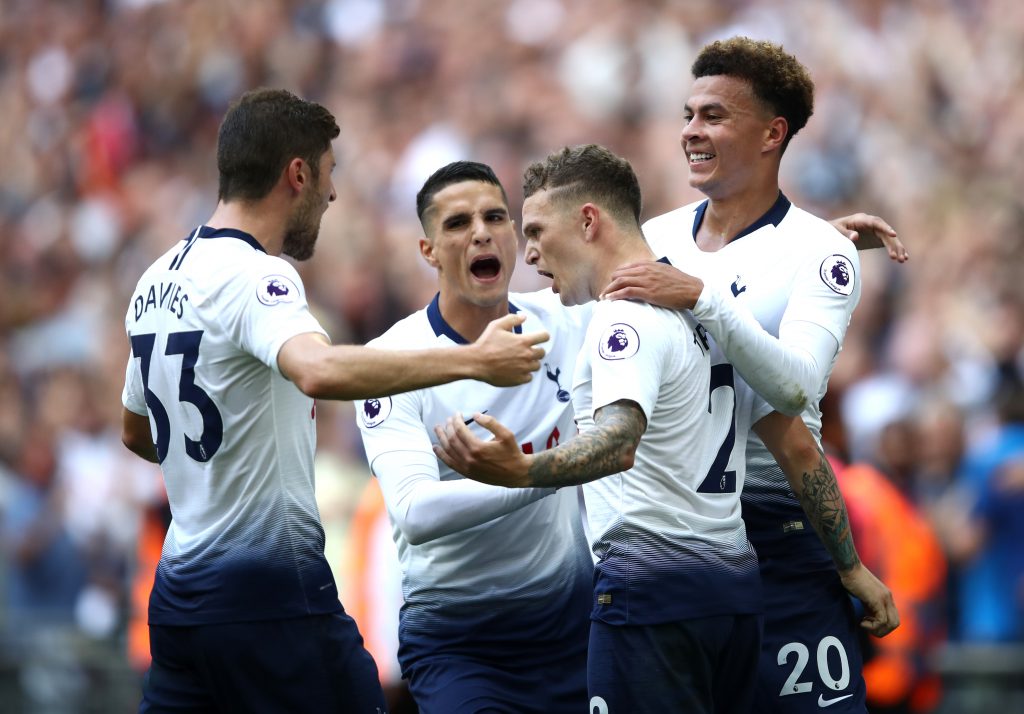 Tottenham picked up a 3-1 win over Fulham at home earlier today.

Goals from Lucas Moura, Kieran Tripper and Harry Kane sealed the three points for the home side.

Mauricio Pochettino’s men went ahead on the 43rd minute after a wonder strike from their Brazilian winger Lucas Moura.

Fulham fought back with a goal from Mitrovic ten minutes later. However, late goals from Tripper and Kane sealed the result for the home side.

Former Tottenham midfielder Micky Hazard reacted to Harry Kane’s well-taken goal on Twitter. Kane has been criticised for his goal drought in August over the last few seasons but the England captain has finally broken the streak.

Clearly, the former Spurs man is very excited to see his team’s star man back in goalscoring form so early on in the season.

Kane is one of the best players in the league and if he can hit top form once again, Spurs could push for the title this season.