Memphis Depay will join Barcelona this summer on one condition 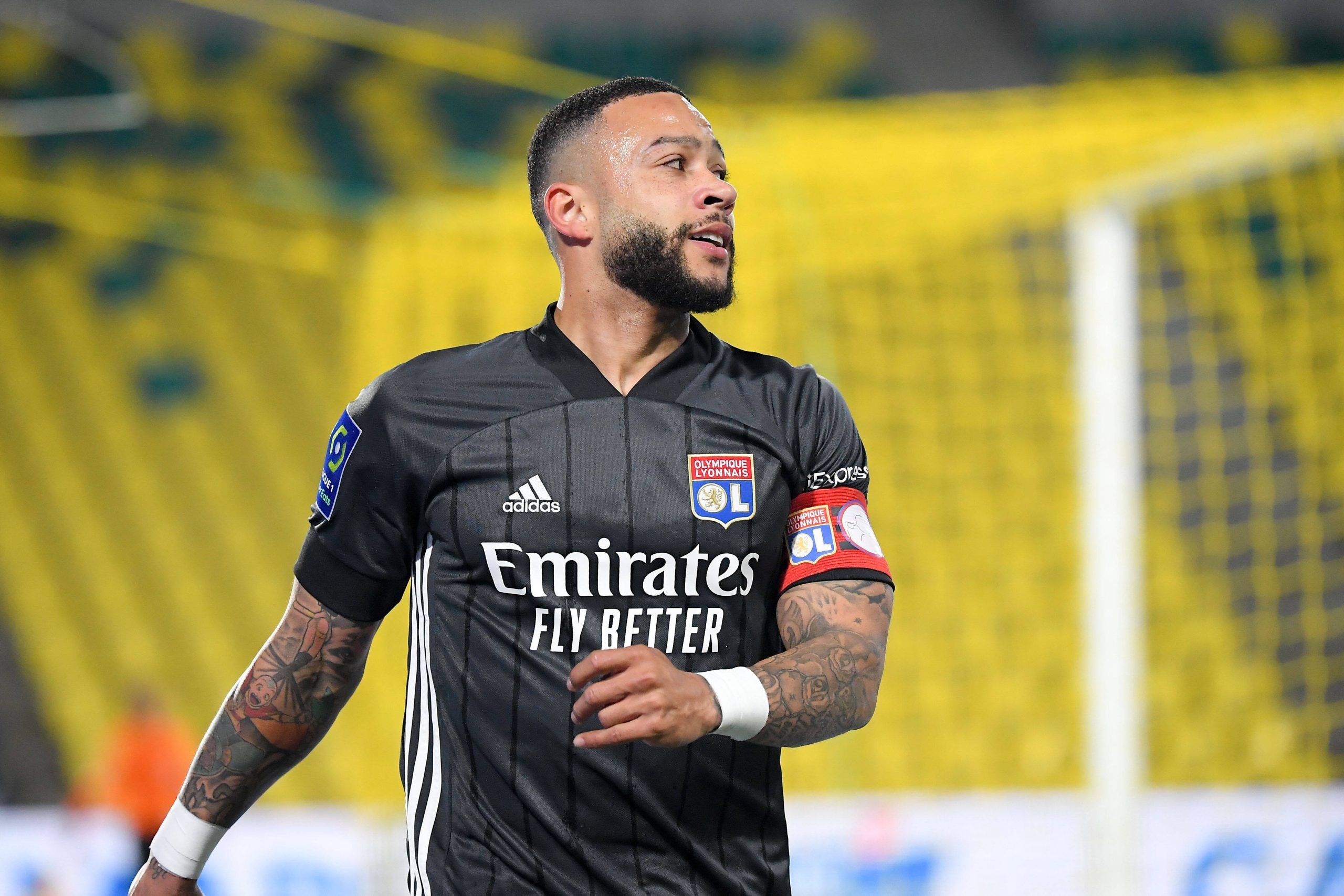 Memphis Depay has agreed to join Barcelona this summer if they can meet one condition.

Depay has been one of Lyon’s main men since signing from Manchester United in January 2017.

In his first full season in Ligue 1, he was the league’s joint-third top goalscorer with 19 – a tally beaten only by Edinson Cavani and Florian Thauvin.

The forward suffered an anterior cruciate ligament injury in December 2019 which put him out for the season, but he has bounced back from this and returned to his best form.

This term, he has 19 goals and 10 assists in the league, making him one of only nine players from Europe’s top five leagues to hit double figures in both categories.

Depay was one of Ronald Koeman’s main transfer targets when he first arrived at Barcelona. However, due to the club’s severe financial worries, they could not strike a deal with Lyon.

This summer, La Blaugrana are expected to be back in for the Dutchman, whose contract expires at the end of the season.

Spanish outlet Marca claims that Depay has agreed to move to Camp Nou and will even take a pay cut – but only if Koeman stays as manager.

The two have worked together for the Netherlands national team from 2018 through to 2020. During that time, the 27-year-old scored 11 goals.

As of now, Koeman’s future at Barcelona is unclear. After a nightmare start to the season which saw them fall as low as 13th, he managed to turn things around and got them back in the title race, in addition to winning the Copa del Rey.

However, with just two games remaining, the league title looks incredibly unlikely. Furthermore, they suffered an early exit in the Champions League to Paris Saint-Germain, having lost the home leg 4-1.

There have been reports that the Catalan giants are looking for alternatives to Koeman. Hansi Flick was contacted, but he took over the German national team, while Erik ten Hag has also been sounded out.

Read also: Barcelona interested in Jorginho with a swap deal an option.