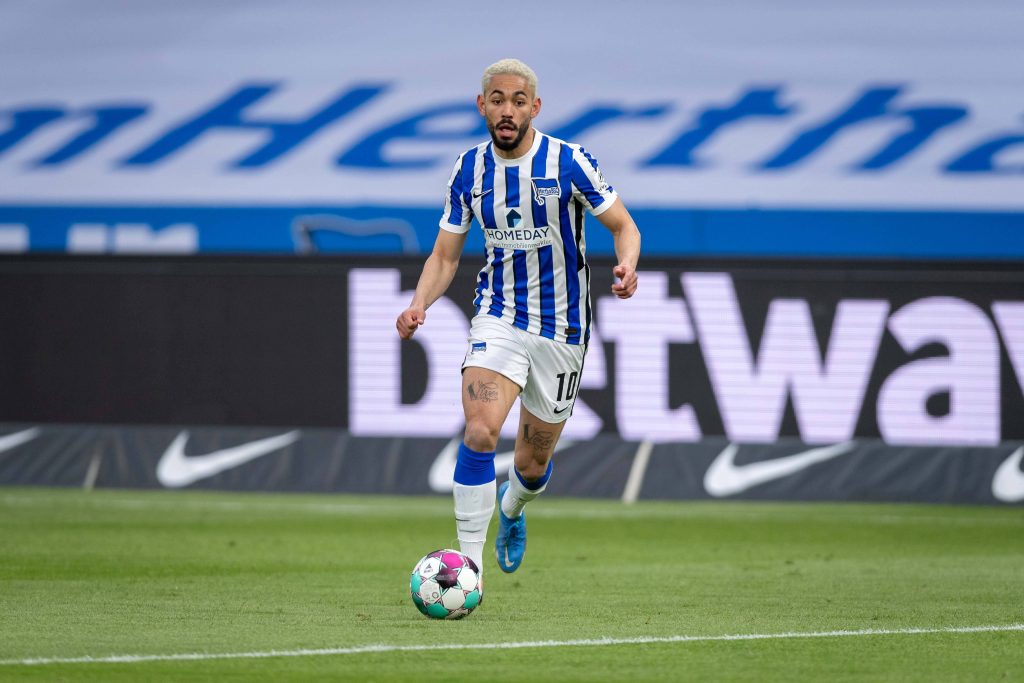 Leeds United have been linked with Hertha Berlin attacking midfielder Matheus Cunha ahead of the summer transfer window, but they are not the only ones keen on him.

Napoli, Monaco and Atalanta are also interested in luring the Brazilian away from the Bundesliga side, and it appears that he is looking forward to a summer exit.

Goal’s journalist Ronan Murphy took to Twitter to report Sky Sports Germany update that Leeds and co are eyeing a move for the 21-year-old.

ESPN Brazil journalist Gustavo Hofman quoted the post, claiming that Cunha is on the market. The youngster approved of his post, joining over 150 others in liking it. 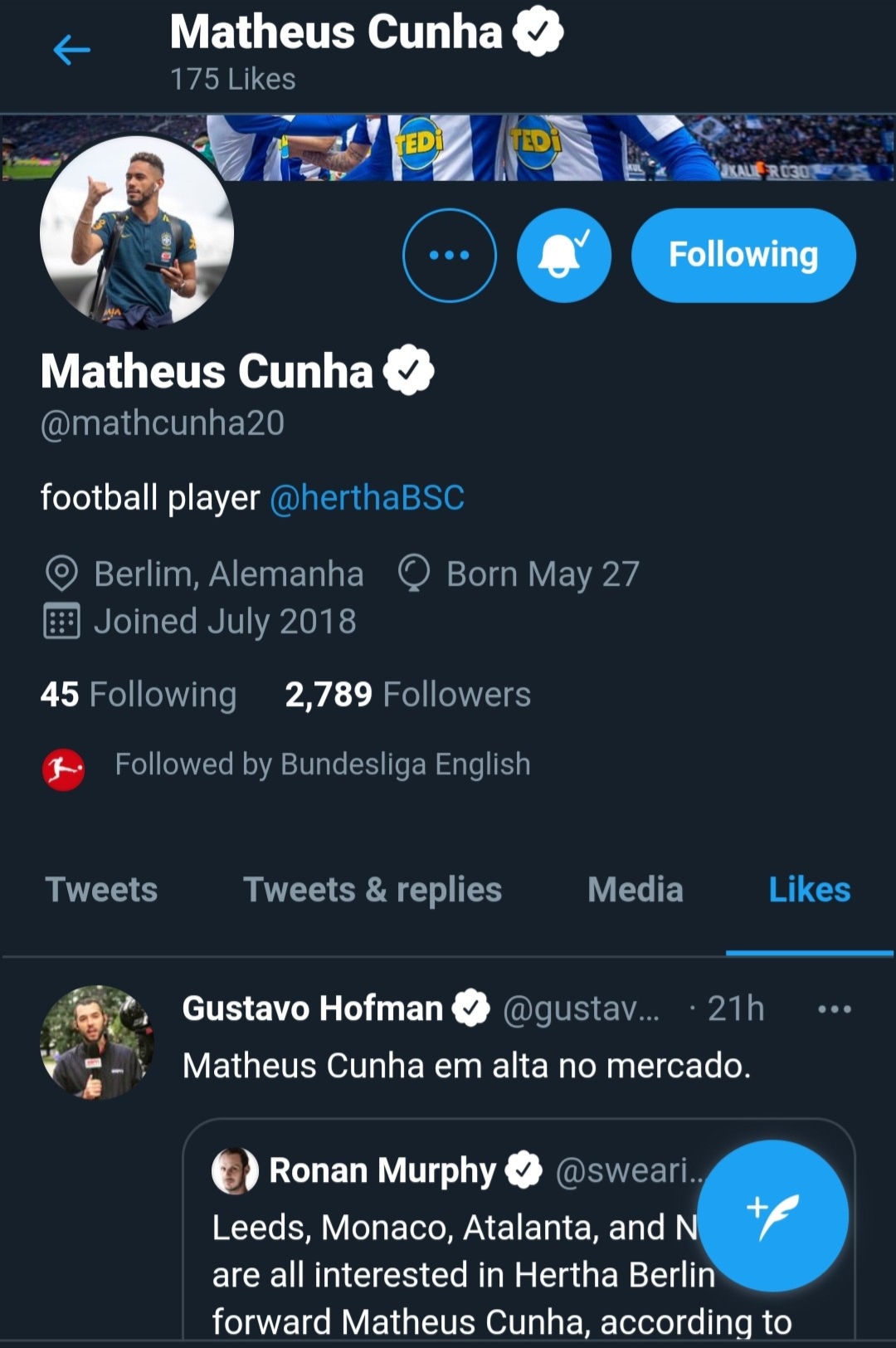 The former RB Leipzig winger has bagged eight goals and four assists in 28 games for Berlin this term – his best campaign in front of goal in Europe to date.

Cunha’s contributions in the final third have come in handy in helping the club secure safety this term, and Leeds could do with his quality given his huge potential.

Marcelo Bielsa’s side want to push for the European places next term, and signing another Brazilian could help boost their chances.

Cunha plays on the left-wing, behind a striker and as one, and Leeds could utilise his versatility.

Having Raphinha and his fellow compatriot in attack would cause problems for Premier League defences, and the Bundesliga star has what it takes to hit the ground running at Elland Road.

He appears to be open to leaving Berlin this summer, and Leeds should not hesitate to get a deal over the line.

In other news, Tottenham Hotspur are reportedly considering a move for Leeds forward.