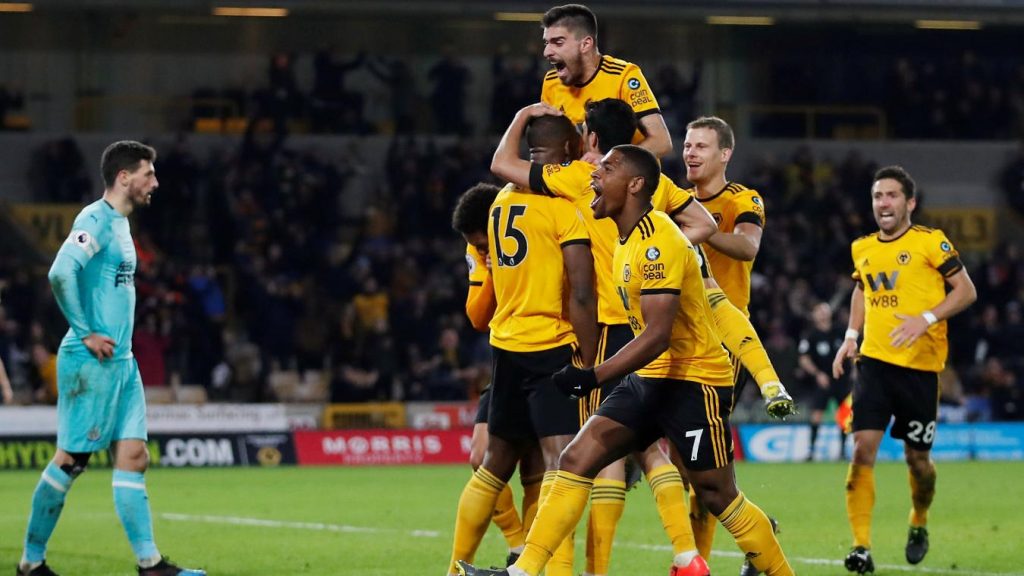 Popular commentator and pundit Martin Tyler has lavished praise on Nuno Espirito Santo’s Wolves side for their performances this season.

Tyler revealed that Wolves are the best team outside the top six and he also made a cold claim that they could make it to Europe at the end of this season.

Wolves have been outstanding so far and they deserve all the praise coming their way. The newly promoted side are still in the FA Cup as well.

Judging by their performances so far, qualification for the Europa League cannot be ruled out just yet. It would be a tremendous achievement if Nuno manages to take his side to Europe next season.

The Molineux outfit have invested heavily in their squad over the last two seasons and they could become a formidable side in the near future if they manage to qualify for European football consistently.

The likes of West Ham and Everton are struggling this season and therefore Wolves have a golden chance. It will be interesting to see if they can maintain their current level of performances and take the next step.

Tyler said: “Although it’s a bit of a cliché to call them ‘the best of the rest’, that’s the way it stands at the moment. When you’re looking at the six clubs above them, you’re thinking it’s a real aspiration for them to reach that sort of level. There’s been a lot of investment and I’m not saying it’s all romance, there’s a reality of finance as well, but they play good football. I think there’s a real chance for Wolves to qualify for the Europa League. ‘What goes around, comes around’ and Wolves were at the outset of European football so, with the current wheel of fortune, why can’t they be part of it once again.”