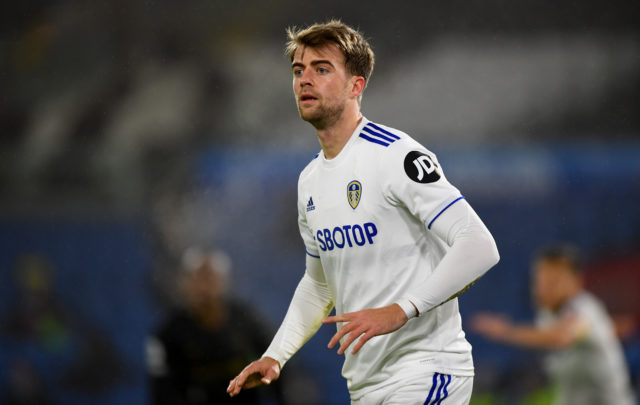 Leeds United will face Newcastle United in the Premier League clash on Wednesday at Elland Road.

The Whites are heading into the match on the back of two successive defeats. They are going through a bad patch at the moment, having managed just one win in their last six games.

Last week, Bielsa named his starting line-up publicly ahead of the game. It generated loads of attention, and many pundits felt the strategy backfired as Leeds lost 2-1 against the Hammers.

Bielsa has confirmed in the press conference today that he will refrain from doing so going forward, although he doesn’t see any malice in it.

The Argentine has also insisted that Leeds have no fresh injury issues at the moment. When specifically asked about whether Patrick Bamford is injured, Bielsa responded in one word – ‘No’.

Bamford faced a lot of criticism last season for his relative lack of goals, but Bielsa stuck with him through thick and thin.

Many thought that the 27-year-old striker would struggle in the Premier League, but he has proved everyone wrong.

Bamford is a hardworking forward, and that hasn’t changed a bit this season. Where he has really improved is in his finishing, as he has racked up eight goals already.

His impressive performance against big teams this season has caught the attention of pundits, and some have even suggested that he deserves an England call up.

While it’s too early to say, if Bamford can improve on his goal tally, then in the coming months he can present a case for himself for donning the Three Lions shirt.

Bamford’s journey is simply remarkable. He didn’t get an opportunity at Chelsea and found himself lost in the Championship until Bielsa signed him at Leeds. He has been a player re-born and since then has never looked back.

The Argentine has shown tremendous faith in his ability and it has helped him to take his game to the next level.