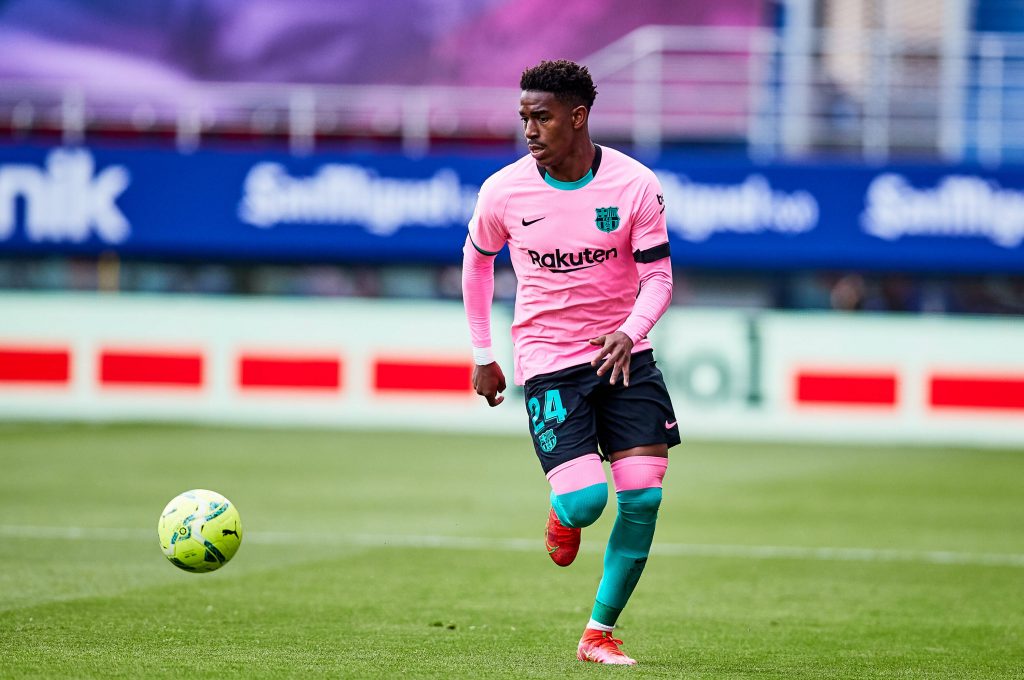 Leeds United are close to signing Junior Firpo from Barcelona this summer.

Several clubs across Europe have shown interest in signing the Barcelona left-back, but Leeds have stolen a march on their rivals.

Italian media outlet Calciomercato reported that the 24-year-old left-back will undergo his medical at Leeds next week.

The highly talented defender is expected to sign a five-year deal with the Premier League club.

The report claims that Leeds had been targeting Firpo for a while now, as the club were planning to sign a left-back this summer.

Both Marcelo Bielsa and Victor Orta spoke to the player, with the Argentine personally convincing him to move to Elland Road.

Bielsa feels that the former Real Betis defender can play a big role for the Yorkshire club, while the player has been left impressed by Leeds’ attacking style.

After returning to the Premier League, Leeds have done reasonably well in the transfer market.

While Raphinha and Meslier were outstanding, the same can’t be said about Llorente, Koch, and Rodrigo, with all of them struggling with injuries last season.

Llorente impressed in the second half of the campaign, with Leeds managing a run of 10 games undefeated from their last 11 matches.

Similarly, Koch improved in the first half of the season before he fell victim to a long-term injury.

Nevertheless, Leeds have shown ambition in the market, and Bielsa has been key in getting the right profile of players.

Bielsa has now played a key role once again in luring Firpo to Leeds. They are reportedly paying less than £15m for his signature, which is an excellent piece of business.

Read: Jack Harrison is expected to complete a permanent move to Manchester City this week.