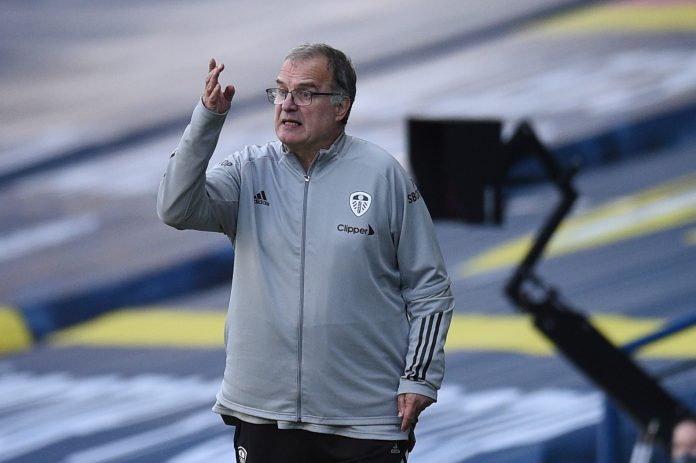 Leeds United boss Marcelo Bielsa has dropped a subtle hint that transfer business at Elland Road is far from over this summer.

The Whites owner Andrea Radrizzani has claimed recently that Leeds have some £35-50m left in their kitty to do business. However, for Bielsa, it is about finding the right player who he feels will fit in his system.

So far Leeds have signed Robin Koch and Rodrigo, with the latter joining on a club-record transfer fee. The Whites have made other signings for the Under-23 sides as well, and they are not the ones who can improve the first-team squad.

Without giving much away, Bielsa has said that there has been a ‘lot of interest’ on their part, but nothing concrete yet.

“There’s no concrete options at the moment. A lot of interest, but nothing concrete, so I would rather talk after they’re done,” said Bielsa to Leeds Live.

While Leeds have not earmarked any concrete target, it is indeed positive that they’re looking at options to bolster their squad this summer.

It remains to be seen how Leeds approach the remaining few weeks of the summer transfer window.

The Whites have been linked with attacking players like Rodrigo de Paul or Harry Wilson, but it seems they need surgery at the back.

Leeds have conceded seven goals in their opening two games, and Bielsa has said today that he is worried about it.