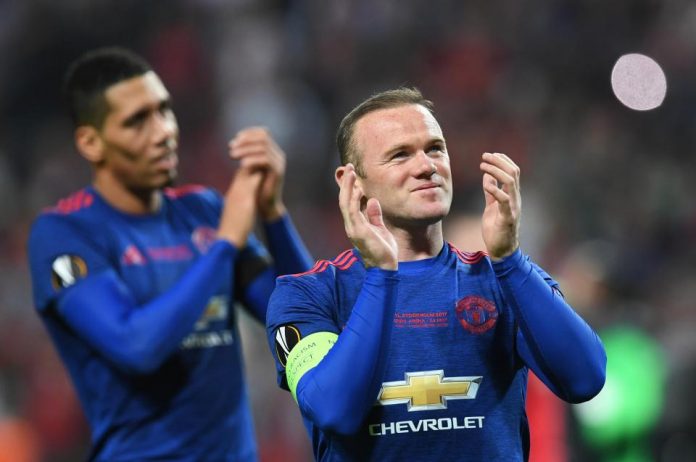 Manchester United have withdrawn Wayne Rooney from the club’s pre-season tour squad to United States ahead of his sensational return to Everton, according to the Sun.

The 31-year-old, who has been heavily linked with a move away from Old Trafford this summer, has reportedly attracted interest from the Premier League, MLS and China.

Rooney managed to secure just 15 league starts last season under Jose Mourinho and with the much anticipated arrival of Real Madrid striker Alvaro Morata later this summer, the English forward is further expected to fell down the pecking order at Manchester United.

However, according to English newspaper the Sun, Rooney is all set to end his 13-year spell as a Red Devil and is poised for Everton return on a free transfer.

The report claims that Rooney will sign a two-year contract to seal his move back to Goodison Park after leaving the club in 2004 in £26.5 million transfer deal. The source add that the Toffees have agreed to meet his £250,000-a-week wage demands and that the switch could be concluded as soon as this week.

Having already spent over £85 million for the signings of English goalkeeper Jordan Pickford, centre back Michael Keane, midfielder Davy Klaassen, strikers Henry Onyekuru and Sandro Ramirez, Everton are currently engaged in one of their most busy transfer window ever as Ronald Koeman seeks to mount an impressive Premier League run to compete for European football.

And despite the proposed arrival of England and Manchester United skipper Wayne Rooney,  that Everton are also pursuing £20 million signing of Arsenal striker Olivier Giroud, despite the Frenchman’s recent claims hinting at his future commitments to the Gunners.

Everton are preparing for life after star striker Romelu Lukaku, who appears set to leave the Merseyside club this summer with a potential move back to Chelsea likely to be on the cards.