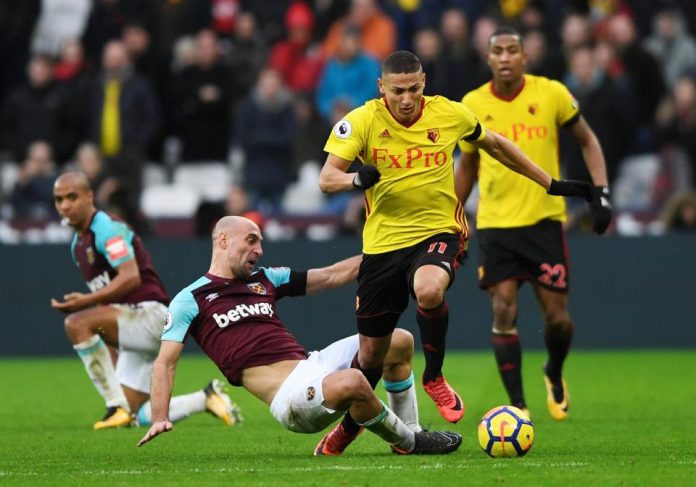 The 20-year-old has been phenomenal for the Hornets this year and Mourinho wants him at Old Trafford. As per the reports, United are now leading the chase for the Brazilian.

Apparently, the likes of Spurs, Chelsea and Arsenal are interested in the player as well.

Richarlison is expected to replace Anthony Martial at Old Trafford. The Frenchman is frustrated with the lack of first-team football under Mourinho and he has turned down the offer of a new deal from United.

Martial will be sold for the right price this summer and Spanish giants Barcelona are interested.

Meanwhile, Richarlison is set to cost around £40million and his style of play should be an ideal fit for Mourinho.

The Brazilian can operate as a false nine and his tendency to drop deep and participate in build ups will help United creatively. Furthermore, he is a hardworking attacker and will contribute defensively as well.

Richarlison could be the perfect foil for Lukaku next season.

Having said that, selling Martial for him would be a mistake. The Frenchman is a much bigger talent with world-class potential.

It will be interesting to see what happens eventually. The likes of Pogba have been linked with an exit as well.