Italian defender Matteo Darmian is seemingly on his way back to Italy.

The 26-year-old right back has lost his first team place to Antonio Valencia and Timothy Fosu-Mensah this season.

Apparently, Manchester United are prepared to let him go in January and he could return to Serie A.

According to reports from Gazzetta Dello Sport, the Italian full-back is wanted by Inter Milan and Darmian will join the San Siro outfit on loan, with a view to a permanent move at the end of the season.

The report adds (via Daily Mail) that Inter have agreed on the deal in principle and the finer details will be negotiated in the coming weeks. 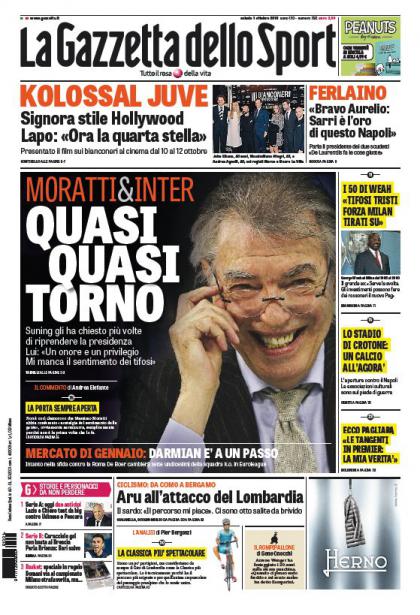 Manchester United signed Darmian from Torino for £12.7m just over a year ago and despite a strong start to his Premier League career; the Italian has struggled to hold down a first team place due to injuries.

Furthermore, the report adds that Jose Mourinho is not too keen on keeping the player.

In that case, a move away from Old Trafford makes perfect sense for the player as well as Manchester United.

Darmian has 3 years remaining on his contract and sending him out on loan would help preserve his value and would also get the player of the wage bill.

If Darmian can recapture the form that brought him to England, Manchester United could well recoup the money they paid for him.

The Italian defender made 39 appearances for Manchester United last season and has made just one appearance so far this season.