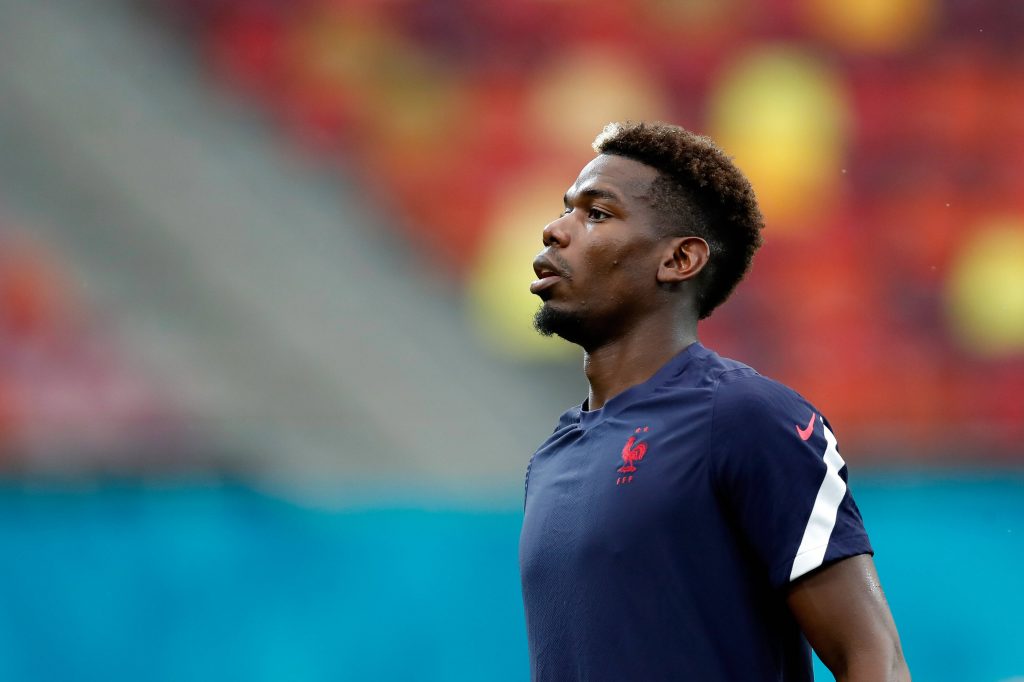 Manchester United midfielder Paul Pogba would be open to the prospect of joining Paris Saint-Germain during this summer’s transfer window, RMC Sport claims.

The Frenchman has entered the final year of his United contract, but the club have yet to open concrete negotiations over a new long-term deal.

The club are weighing up a bumper contract offer worth £400,000-a-week for Pogba, but there continues to remain constant speculation over his future.

It is now reported that Les Parisiens are searching for another midfielder to add to their ranks despite the recent signing of Georginio Wijnaldum on a free transfer.

Pogba and Rennes’ Eduardo Camavinga are on their radar. They have held positive talks with Pogba’s encouragement over a summer move lately.

The 28-year-old is ‘more and more open’ to the idea of joining Mauricio Pochettino’s side.

The €60m-rated midfielder had an impressive European campaign with France recently, registering one goal and one assist from four matches.

Les Bleus were still eliminated at the round of 16 stage. Pogba was partly to blame for the late equaliser conceded against Switzerland.

The Swiss eventually went on to win on penalties after Kylian Mbappe missed his spot-kick.

Pogba’s inconsistency has led to criticism from some United fans, but he is still regarded as a key player under manager Ole Gunnar Solskjaer.

The Norwegian is desperate to keep the midfielder, but it remains to be seen whether the club can convince Pogba with a record salary package.

Les Parisiens would offer Pogba a better chance of winning the Champions League alongside regular trophies at the domestic level.

United are still a club under progress, but they are showing ambition, having recently made a huge outlay to land long-term target Jadon Sancho.

The hierarchy will aim to convince Pogba that he has the perfect platform for long-term success, but another contract stand-off could see him sold.