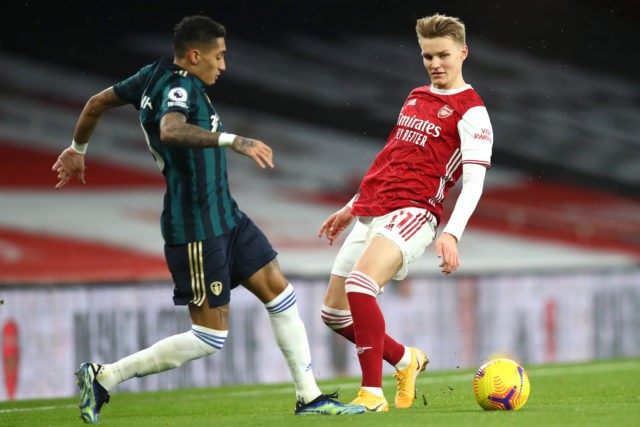 He has now claimed that Liverpool have been joined by Premier League rivals Manchester United in the race for his signature.

Raphinha joined Leeds in the summer transfer window from Rennes for a reported fee of £17 million plus add-ons.

The left-footed jet-heeled winger has been very impressive under Marcelo Bielsa who has described him as a ‘complete player‘.

The Brazilian has scored four goals and provided five assists in 15 Premier League starts this season, and he is proving to be one of the signings of the season.

Man United will be looking to sign a winger in the summer. Last summer, they made genuine attempts to sign Jadon Sancho from Borussia Dortmund, and the Red Devils could move for him again.

Liverpool are also vying for his signature but Leeds are pretty cool with his situation.

He has a contract at the club until 2024, and Leeds are expected to demand a high transfer fee for him if he decides to move on.

In all probability, it could be just an enquiry behind the scenes or an agent leaking a rumour, with nothing concrete yet.

However, Raphinha has done enough to attract interest and these rumours are likely to intensify in the summer.