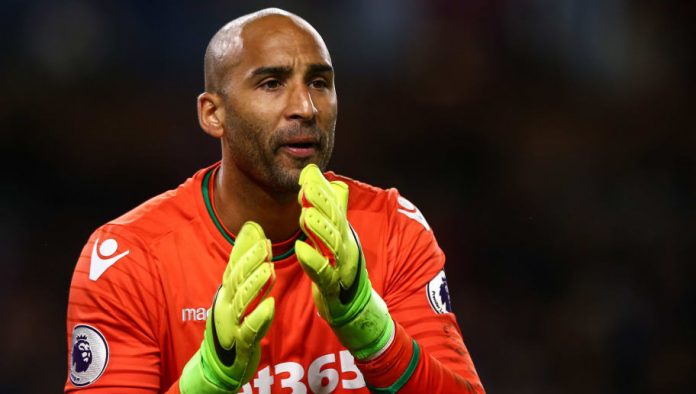 As per Sky Sports, the 35-year-old will undergo his medical with the Old Trafford outfit soon.

Grant will be Manchester United’s third choice keeper after David de Gea and Sergio Romero. His arrival will allow the likes of Pereira to go out on loan and continue their development with regular first-team football.

However, Manchester United fans aren’t too happy about signing a player past his peak. The Old Trafford faithful have taken to Twitter to express their disappointment.

It is important to remember that Grant is unlikely to start for United and he will come in as a free agent. Bringing in a cheap option that allows the young players at the club to go out and get more first-team action is hardly a disaster.

The Stoke City player will be Mourinho’s third summer signing after Dalot and Fred.

Here is how the United fans reacted to the news.

Nothing like signing a young goalie to develop only 35 years of age! I bet @samjohnstone50 and @ElgatoPereira1 are pissed? Give them a chance!

Been more excited by the signings of official toothpaste sponsors

I’m not bothered until that clown is sacked..