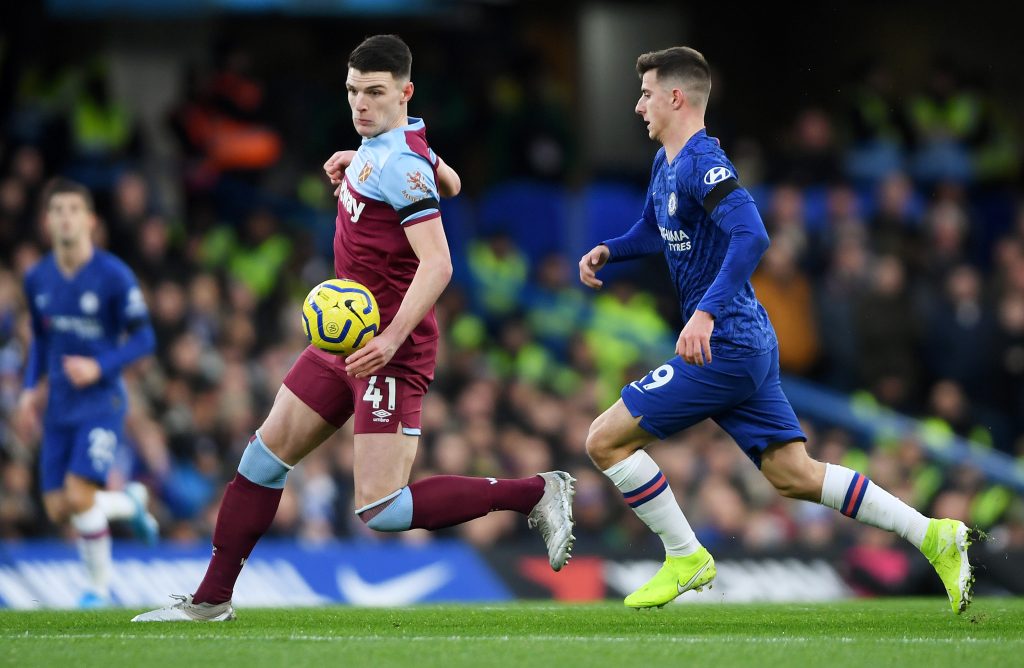 Manchester United are thought to be interested in signing West Ham United midfielder Declan Rice at the end of the season.

According to 90min, the Red Devils are willing to sweeten the deal for the Hammers by offering them three of their fringe players in addition to cash for the 22-year-old.

The players United are willing to offer are Jesse Lingard, Nemanja Matic and Phil Jones.

Lingard is currently on loan at West Ham and has already made an impression with the London club. It wouldn’t be surprising if the Hammers tried to sign him on a permanent deal at the end of this season.

However, it is unclear whether they would be willing to accept the players-plus-cash offer from United if it is presented in the summer.

The Hammers could certainly use some depth in their squad, and the likes of Jones and Matic would be useful additions.

The London club valued Rice at around £70 million at the start of the season, but the player’s representatives believe that a deal could be done for £50m.

SL View: Final piece of the midfield puzzle for United?

Rice has established himself as one of the best defensive midfielders in the league, and he could prove to be a shrewd acquisition by United.

Ole Gunnar Solskjaer needs to boost his midfield options, and Rice could complete an impressive trio alongside Paul Pogba and Bruno Fernandes.

West Ham have done quite well in the Premier League this season and are currently fourth in the standings.

If they can secure European football for next season, they may tempt Rice and other top players to stay at the club.

In other news, West Ham have been linked with another Man United player in recent weeks.