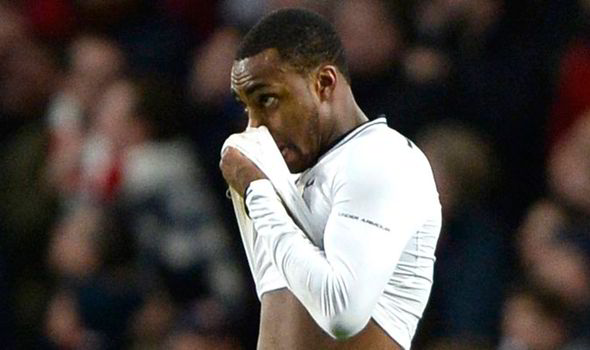 According to The S*n, Manchester United want Tottenham Hotspur defender Danny Rose this summer and could make a bid of £40m + Luke Shaw to land his signature.

Jose Mourinho has used winger Ashley Young as a makeshift fullback this season, but the midfielder turns 33 in July and is out of contract next year, so United will need a long-term replacement.

Luke Shaw would be the next option, but he’s had a fallout with Mourinho and can’t get a game for love nor money. The 22-year-old has made just seven Premier League starts and admitted he’s keen to renew acquaintances with his ex-Southampton manager Mauricio Pochettino, now in charge of Tottenham.

“He made me feel that I was the best. I do hope that I can play for him again one day, and I think he really wants me to play under him again,” he said in Brave New World: Inside Pochettino’s Spurs.

If Shaw does move to Tottenham, Rose would be coming in the opposite direction. The £30k-per-week English international has been a target for United since 2016 and would provide pace, natural width and an attacking threat at left-back which Mourinho has been desperate for.

Rose had a public fallout with Tottenham over his salary and he’s hardly featured for Spurs since. The 27-year-old has made just two Premier League appearances since Boxing Day 2017.

And while he could be on the move this summer, the left-back won’t come cheap. The S*n say it could take £40m + Luke Shaw to have their offer accepted by Daniel Levy.

Spurs won’t want to lose a talented defender without adequately replacing him, especially it that player is one Pochettino has worked with previously and can develop.