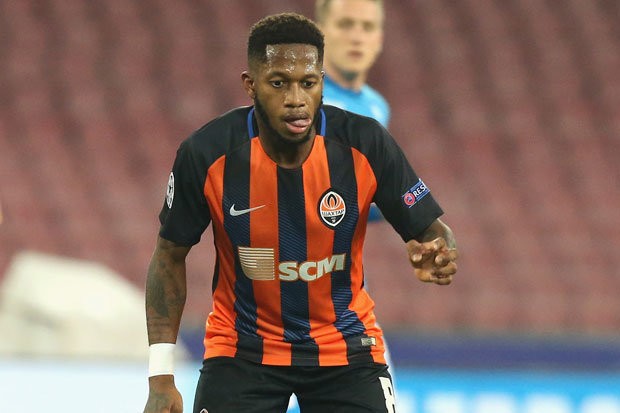 According to the Mirror, Manchester United are lining up a summer move for Shakhtar Donetsk midfielder Fred and could agree a £50m deal for the combative anchor man as Jose Mourinho needs to strengthen the engine room.

The Red Devils could be losing up to four midfielders this summer, with Michael Carrick retiring to become a coach, Marouane Fellaini out of contract in the next two months, Ander Herrera being linked with the Serie A and Paul Pogba unhappy and linked with Real Madrid. As a result, they need new recruits.

Fred joined Shakhtar from Brazilian Serie A side Internacional in 2013 and has gone on to make 149 appearances in all competitions, scoring and creating 28 goals. This season, the Brazilian international has featured in the Champions League, averaging a tackle or interception every 22 minutes, and would provide real steel to the midfield.

United have competition in the race for his signature, however, with Manchester City manager Pep Guardiola eyeing the 25-year-old as a long-term replacement for Fernandinho. Fred won’t come cheap, with his asking price around the £50m mark, but a bidding war could commence at the end of the season.