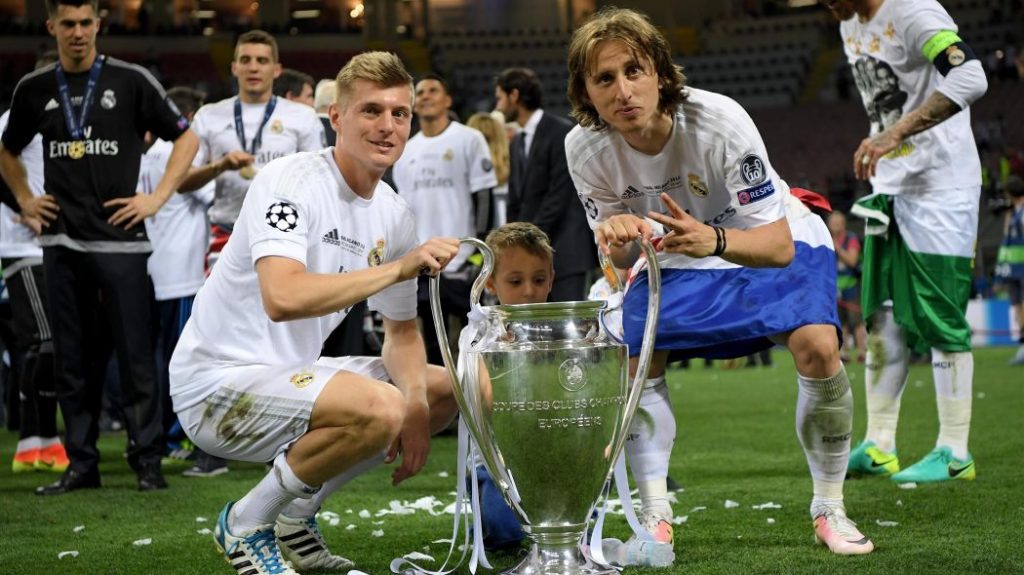 According to Don Balon, Real Madrid midfielder Luka Modric has ‘decided to leave’ and could agree a deal with Manchester United this summer as a result.

The 32-year-old joined Real from Tottenham Hotspur in 2012 and has gone on to make more than 240 appearances in all competitions. Modric was a target for United before he made the switch to the Santiago Bernabéu but his time in Spain could be coming to an end.

Don Balon believe the Croatian international seeks a new challenge at a club with lower aspirations. The pressure of playing for Real under president Florentino Perez can take its toll, so Modric is seeking greener pastures elsewhere.

Old Trafford could be his new home, with United manager Jose Mourinho desperate for a midfielder this summer due to the uncertain futures of Marouane Fellaini, Ander Herrera and Paul Pogba. Michael Carrick is retiring as a player at the end of this season too.

Modric has a release clause of £443m, but Real would surely let him leave for considerably less to ensure a suitor doesn’t lose interest.

The report states that the midfielder would love to end his time with Los Blancos with another Champions League trophy – Real have one foot in the semi-final after thrashing Juventus in the away leg.