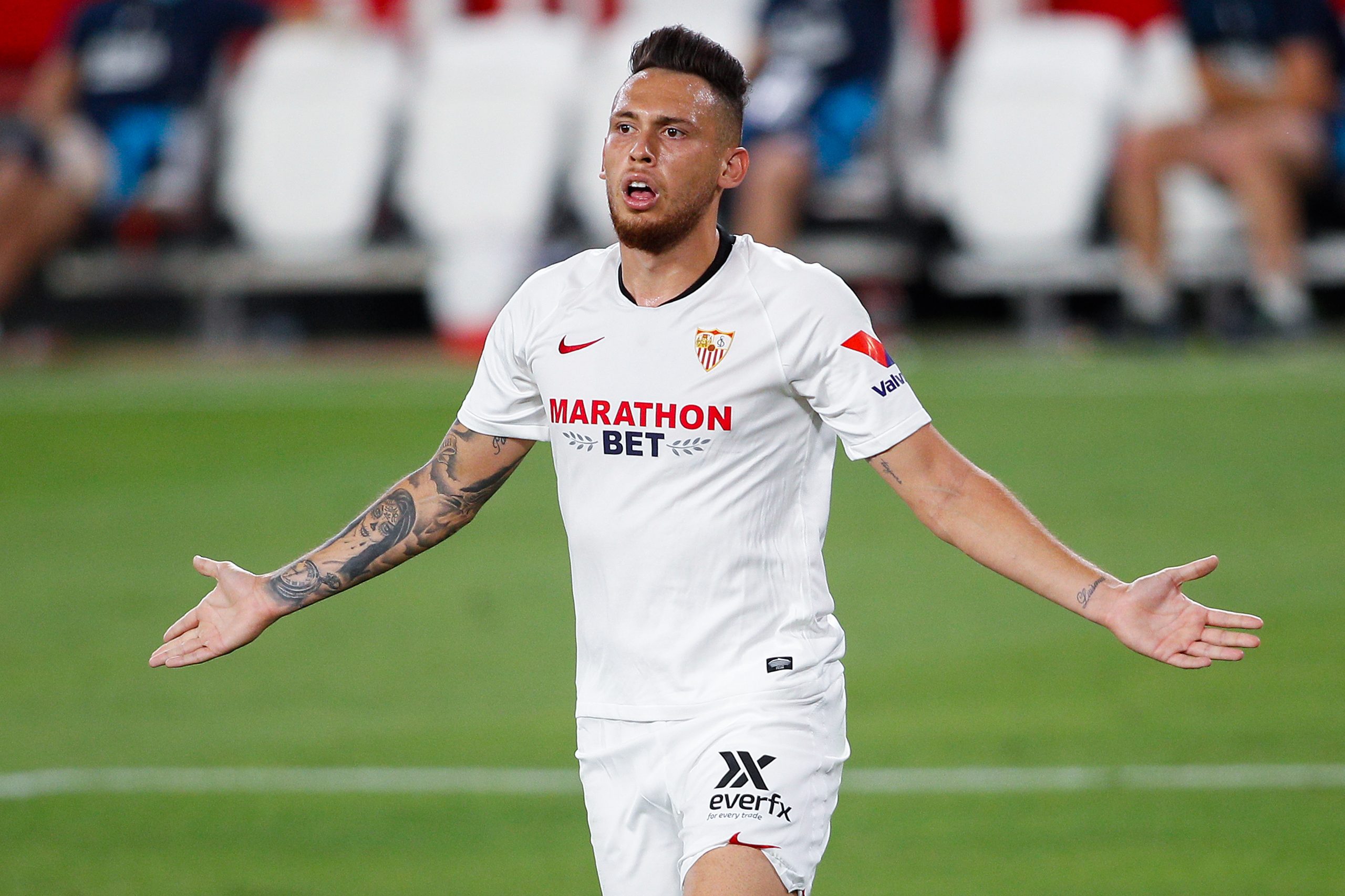 Manchester United are considering a move for Sevilla forward Lucas Ocampos as they look to strengthen their attack before the transfer deadline on Monday, ESPN reports.

The Red Devils have experienced a disappointing summer transfer window and they have recruited just one player in midfielder Donny van de Beek from Ajax.

The club are aiming to bolster their wide attacking options before the transfer window closes for international deals and it appears that Ocampos is on their radar.

The Argentina international only joined Sevilla from Marseille last summer and he had a superb debut season with 17 goals and five assists in all competitions.

Hence, he has reportedly caught the eye of the Red Devils and Sevilla seem open to selling him for a fee of around £36.2m (€40m) this summer.

Ocampos is capable of playing across the attack, but he has mostly featured in the wide attacking roles over the past few years.

He has the physique and aerial ability to suit the Premier League and could be a quality addition for United, who are on the hunt for a goal-scoring winger.

Aside from Ocampos, Borussia Dortmund’s Jadon Sancho and Barcelona’s Ousmane Dembele are also on the radar of the Red Devils.

A deal for Sancho appears unlikely due to the hefty £108m price tag. Meanwhile, the Red Devils are willing to pay £45m for Dembele, but the Blaugrana want much more.

Ocampos seems an ideal alternative to the duo and it remains to be seen whether United make a formal offer to land his signature in the coming days.