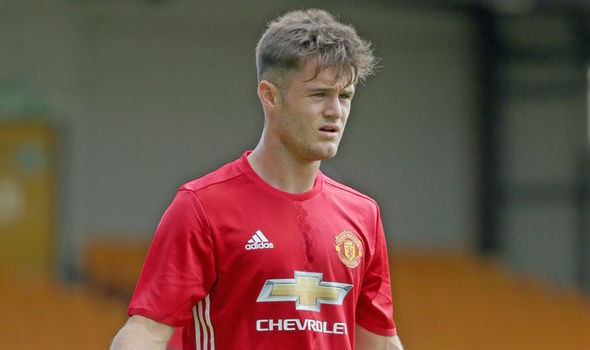 Premier League giants Manchester United are close to agreeing on a loan deal for their highly rated midfielder Joe Riley.

The 20-year-old midfielder was given his first team chance by the former Old Trafford boss Louis van Gaal, and he is now expected to join Sheffield United on loan for the remainder of this season. The Manchester United youth star featured in the FA Cup against Shrewsbury and in the Europa League against FC Midtjylland under van Gaal last season.

According to local paper Sheffield Star, Riley wants to go out on loan in order to get more first-team football and continue his development as a footballer. Joe Riley is a versatile midfielder who can operate as a right-back as well.

As per the report from Sheffield star, Riley has fallen down the pecking order since the arrival of Jose Mourinho. Also, the deal can only be completed once Riley is fully fit. The young midfielder is currently recovering from a hamstring injury. The report claims that both clubs have agreed to wait until the player recovers fully before the agreement can be finalised.

If recent reports are to be believed, Riley won’t be the only departure this month. The likes of Memphis Depay and Morgan Schneiderlin have also been linked with a move away from Old Trafford. Furthermore, the Red Devils recently agreed on a deal to send their young keeper Sam Johnstone on loan to Aston Villa as well.