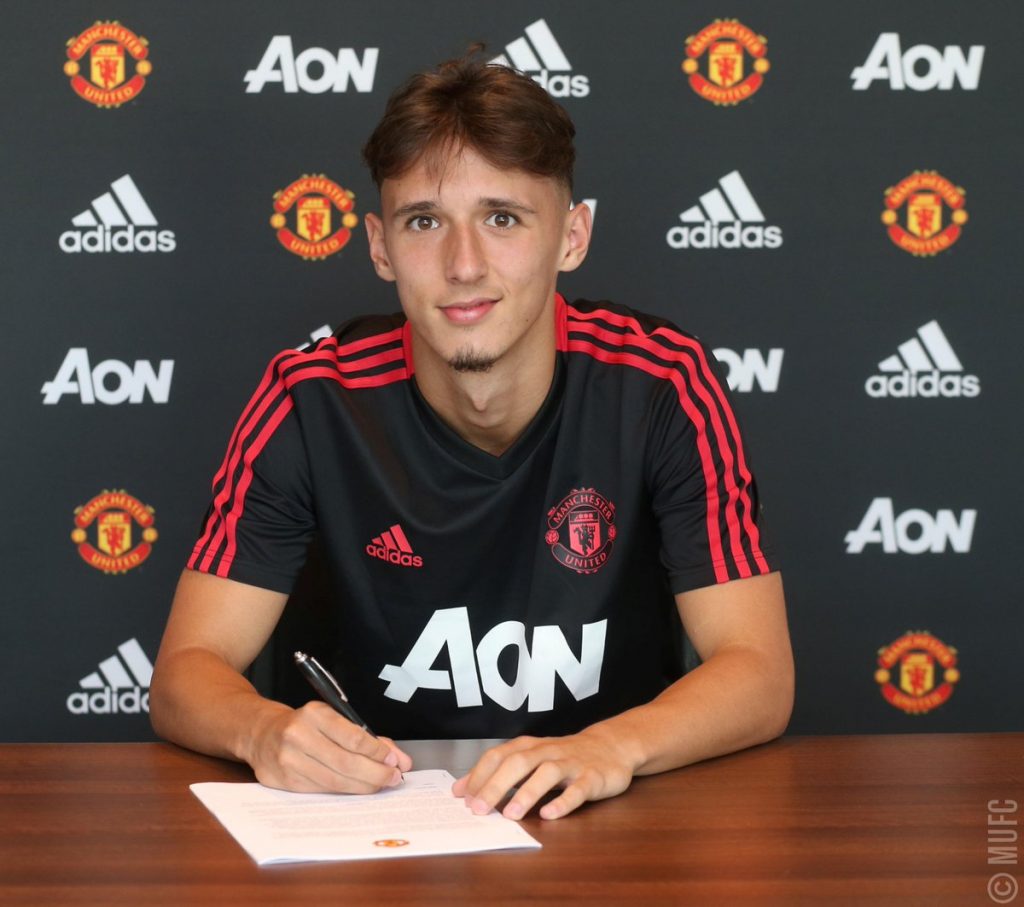 Manchester United have agreed on a new deal with their exciting young midfielder Callum Whelan.

The midfielder will now prepare for the next season with the Manchester United U23 side. Whelan will be working with Ricky Sbragia’s squad at the training camp in Austria this week.

Whelan failed to secure regular first-team action with Manchester United’s youth side last season and he will be looking to hold down a starting berth next season.

The 19-year-old midfielder made nine appearances in total last season. He will be hoping to play more and continue his development as a footballer during the 2018/19 season.

The homegrown midfielder will be hoping to push for a first-team place in the near future but he needs to get more playing experience under his belt.

Whelan is a natural central midfielder with good passing range. The 19-year-old is also very calm and composed in possession.

The Manchester United youth player can play in other positions too. Last year he managed to produce some heroics in goal.

Ilias Moutha-Sebtaoui picked up an injury in the Sparkasse & VGH International Cup final and Whelan was the star of the penalty shootout as the Reds went on to beat Hannover.

Good news, but what about Kehinde?

Yes.that’s the best way. We have to give the young ones opportunity to explore more. We waste huge monies in buying foreign players who are not even loyal to the club.let’s develop our talents and the academy.#LfcFan

Get them on tour

Congrats lads ..keep up the work ??