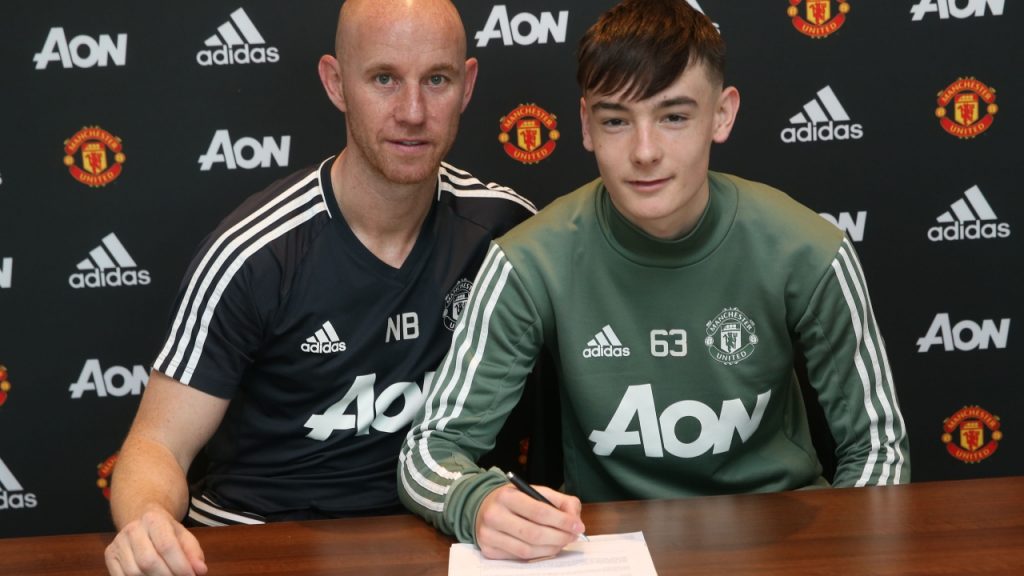 Manchester United have confirmed ‘creative midfielder’ Dylan Levitt has signed his first professional deal. The 17-year-old has been in fantastic form for the Red Devils and could have a bright future.

He’s scored four goals in 20 appearances for the u18s this season, helping United to the Premier League North title, and is being tipped to ‘make an impact’ in the development squad next year.

Kieran McKenna’s side sealed the league crown after beating rivals Manchester City 2-1 on April 14, with Levitt a standout performer at the Leigh Sports Village. United dominated the division, sitting nine points clear at the summit after 22 games, and the future looks bright for many of their players.

The teenager’s form has earned him a pro deal and Levitt will now hope to follow in the footsteps of academy graduates Scott McTominay, Jesse Lingard and Marcus Rashford who have risen through the youth ranks to the United first-team, amassing a combined 3673 minutes of Premier League football this season.

He’ll have some fantastic mentors in the first-team to learn from – Paul Pogba, Nemanja Matic and Ander Herrera. Soon-to-be-retiring Michael Carrick will also have plenty of advice for budding midfielders to develop their raw talent and become consistent players in the senior squad.

The veteran will be a United coach next season and has already been helping the first-team. He’ll be active among the youth squads in 2018/19, so Levitt could thrive as a result.