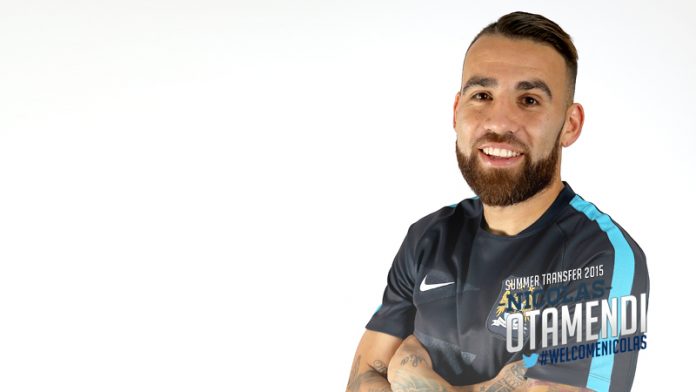 Manchester City are looking to offer a new deal to the Argentine defender Nicolas Otamendi and they will be hoping for a swift agreement.

The 29-year-old has been outstanding for Pep Guardiola’s side this season and it makes sense for them to reward his performances with a new deal. Otamendi has a contract until 2020 at the club.

Otamendi struggled to adjust to English football initially, but his transformation this season has been remarkable. The Argentine has been a rock at the back in the absence of Kompany. The Belgian has missed most of City’s games with recurring injuries.

With John Stones picking up an injury as well, Otamendi has done very well to adjust to his new centre-back partners.

Manchester City have conceded the fewest goals of any team in the Premier League and Otamendi has played a key role in that.

Guardiola claims that the former Valencia man has been a ‘Superman’ for Manchester City this season and the Etihad outfit would have struggled to play well without him.

He said: “We have a superman in the team, as Nico Otamendi helped us absolutely. Without Nico, it would not be possible, what we have done. Everyone speaks about a bit of players such as Raheem [Sterling], like David [Silva], like Kevin [De Bruyne], like Sergio [Aguero], and they deserve it, but if I would like to point to a player who deserves full respect, for what they have done until now, it’s Nico. Nico has been amazing. He is a guy who even with pain in the ankle, in the knee, in the back, he always fights. He’s one the hugest competitors I’ve ever seen in my life. He was so important. I cannot imagine the situation we are in at the moment in terms of the table and how we play without him. It would have been impossible.”