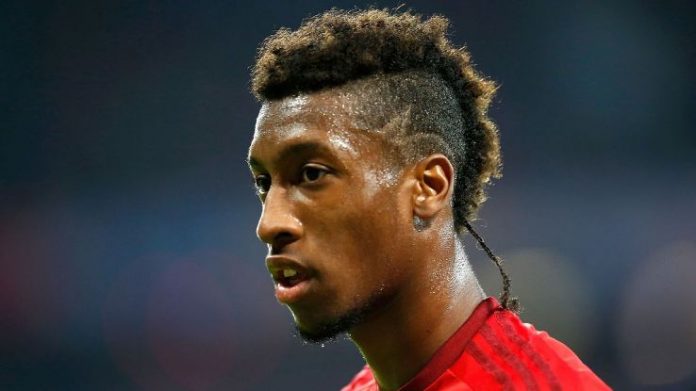 The upcoming summer transfer window will be massive for Manchester City. If reports are to be believed, Pep Guardiola will be handed a massive £200m transfer war-chest.

As many as 15 players are likely to leave the club, while plenty of new faces are expected to arrive, as Guardiola is preparing to sculpt the squad to his own taste.

One of the new arrivals could be Bayern Munich’s French winger, Kingsley Coman. Guardiola bought Coman to Munich from Juventus on a long-term loan deal in 2015, and the Spaniard is keen to be reunited with the 20-year-old.

The French international made a strong impact in his first season at Bayern, where he made 35 appearances in all competitions. However, he has struggled for regular games under Carlo Ancelotti this season.

He has dropped down the pecking order at the club, and has made only five league starts all season.

Bayern have an option to sign Coman permanently from Juventus, but Ancelotti is unlikely to trigger that clause.

According to reports from the Mirror, City are ready to spend around £40m to land Coman ahead of other interested parties. City have scouted him extensively during the season, and are ready to move for him in the summer.

Coman would be an excellent signing for the club. City already have the likes of Leroy Sane, Raheem Sterling and Gabriel Jesus in their ranks, and the addition of Coman would make Guardiola’s side one of the most exciting attacks in the Premier League.