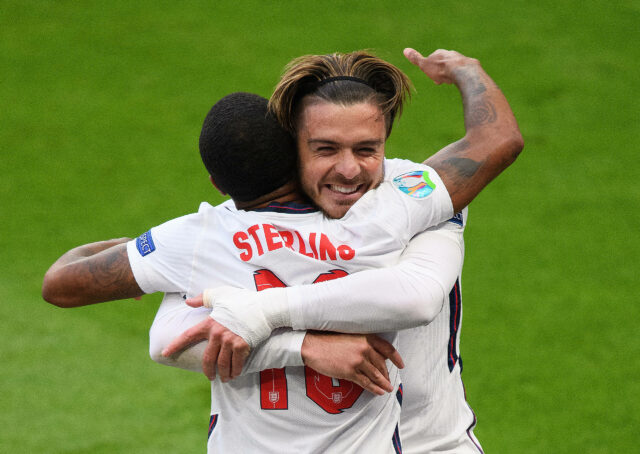 Manchester City are determined to break the bank for Jack Grealish in the summer transfer window.

Daily Mail wrote an exclusive earlier today, giving the impression that City have already agreed a deal for the 25-year-old.

They say that it is only a matter of time before he joins the champions – check the report here.

All the major media outlets have now covered the story, but the versions differ slightly.

They claim that it’s not a done deal but that City are merely planning to make a formal offer to sign Grealish.

They have added new information that was absent in the Daily Mail piece – that is, Villa have also opened talks with their captain over a new contract.

Here’s an excerpt of the report: “Villa will not welcome any approach for the 25-year-old, and it is understood they have received no bids for the England international so far.

“City want to sign Grealish, but their priority is signing a striker this summer, with their top targets Harry Kane and Erling Haaland.”

Alex Howell reports that although there have been lots of reports linking Grealish with a £100 million move to the Premier League champions, the situation from Villa’s end is different.

An excerpt from the report: “However, a source within the club has told me that they have not received a bid from any club and are not interested in selling him.”

Basically, City haven’t offered anything (contrary to what Daily Mail have reported), and that Villa have not agreed to sell him.

“Villa want the England midfielder to stay, and any signing that has been brought to the club has been signed to play with Grealish, not to replace him,” the report added.

The report from John Percy is more or less similar to what Sky Sports have reported.

He claims that City will bid for Grealish at the end of the Euros, but the club is determined to keep him at the club beyond the summer.

“Aston Villa are in talks with Jack Grealish over a new contract, as Manchester City line up a £100 million record-breaking offer for the England international,” he wrote.

“Grealish is one of Pep Guardiola’s main targets as he prepares to defend the Premier League title, and City are prepared to make their move when England’s Euro 2020 campaign is over.

“The Villa captain, 25, has been admired by Guardiola for some time, and City will submit a bid which they hope will make Grealish the most expensive player in English football.

“But Villa are determined to keep Grealish at the club and have made initial moves to improve his £125,000-a-week contract, less than a year after he signed a new long-term deal with the club.”

The Mirror claims that City are reportedly closing in on a £100m move for Jack Grealish – and the Aston Villa star’s fondness of Kevin De Bruyne could prove crucial.

As per their info, if Grealish wants his £100m move to Manchester City this summer, then he’ll need to tell Aston Villa that he wants out.

We can draw a few conclusions from these multiple reports – a) City have not submitted an offer for Grealish, b) No deal has been agreed yet, c) Villa doing everything to keep their star player with them.