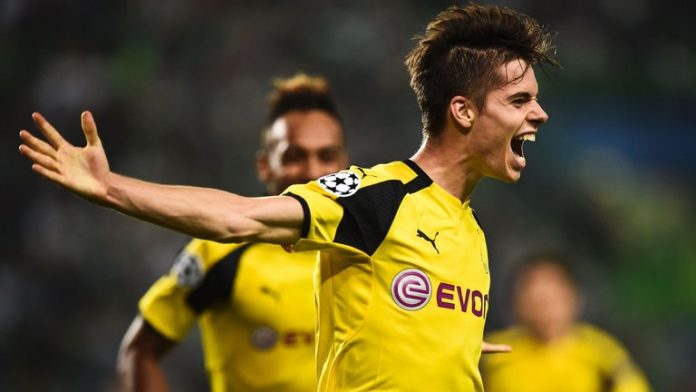 The 22-year-old is contracted to the Bundesliga club until 2021, but Spanish media outlet Diario AS has claimed City and Barcelona are both interested in signing the player.

With Yaya Toure and Fernandinho both out of contract next summer, City boss Pep Guardiola is on the lookout for midfield reinforcements and Weigl appears to fit the bill.

He joined Dortmund from 1860 Munich in 2015, making his debut in August that year against Borussia Mönchengladbach.

Weigl soon established himself in the first team, helping the club finish second in the Bundesliga.

Weigl has previously been linked with Manchester United, but a move to City would make plenty of sense with Guardiola familiar with the player from his time as manager of Bayern Munich.

The midfielder has made four appearances in the league this season, scoring once.