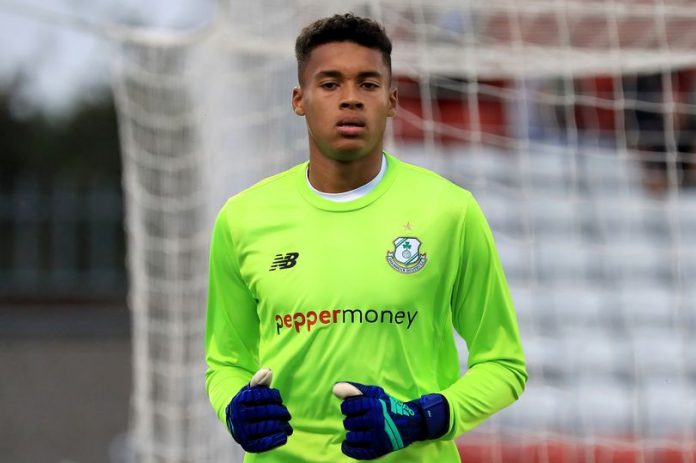 According to reports from The Mirror, Premier League champions Manchester City have moved in ahead of other rival clubs to sign the highly rated young goalkeeper Gavin Bazunu.

The club have agreed to pay a handsome fee in the region of £400,00 to sign the keeper. Shamrock Rovers have described the deal as “the biggest transfer by an Irish club in the professional era”.

The report claims that Chelsea and Spurs were also interested in signing the youngster who has made six senior appearances for Rovers.

The club finished third in the League of Ireland last season.

Bazunu is a highly talented goalkeeper who did not concede a single goal in his four league appearances.

He also started in both legs of their Europa League first qualifying round defeat to AIK Solna in July. The club confirmed that the player will remain with the first team squad at Shamrock Rovers till the end of the year.