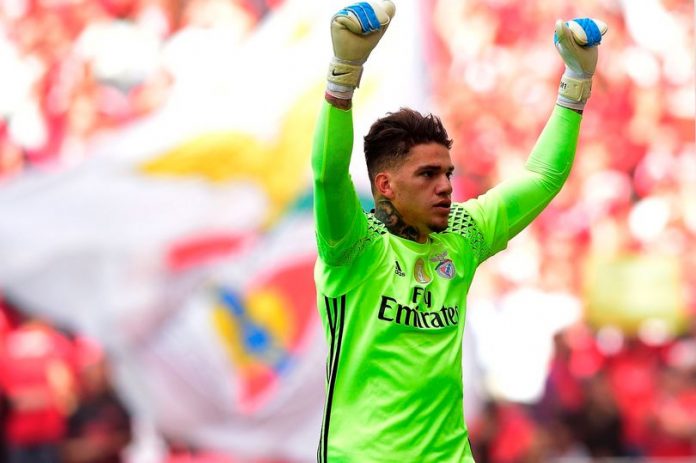 Pep Guardiola signed Claudio Bravo last summer but the former Barcelona keeper failed to live up to the expectations. City struggled without a top class keeper this season and have decided to address the issue right away.

The 23 year old Benfica keeper impressed in the Liga Sagres during the 2016/17 season and is expected to be Guardiola’s first choice keeper next season.

Benfica have confirmed the agreement with Manchester City. The Portuguese outfit have also revealed that half of the fee will be paid to third parties. It will be interesting to see whether the Premier League is satisfied with  the third party element now.

The Brazilian is expected to make his international debut against the likes of Argentina and Australian in the upcoming friendlies.

Guardiola has been following the Benfica star for a while now and has moved swiftly to secure his services after releasing Willy Caballero last week.

South American football expert Tim Vickery described the Benfica goalkeeper as someone who is physically imposing and confident on the ball.

ESPN are reporting that Ederson had his City medical on Tuesday and has agreed a five year contract with the Premier League giants.