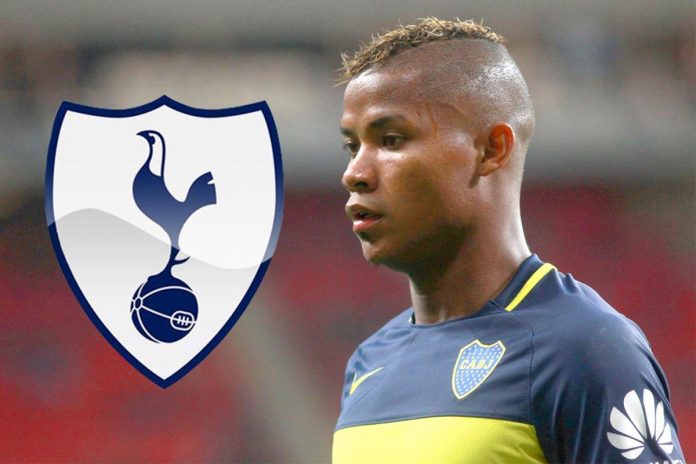 Tottenham Hotspur have potentially received a huge boost in the race to sign long term target Wilmar Barrios, after Boca Junior manager Gustavo Alfaro said that the player will leave the club.

Spurs have been heavily linked with a move for the 25-year-old, with Argentinian radio station Crack Deportivo claiming in October that Spurs were close to signing him.

Spurs are yet to make a signing in the January transfer window, but Mauricio Pochettino could be looking to bring in some new faces this month.

The north London club are in desperate need of a new midfielder, with Mousa Dembele leaving to join Chinese Super League side Guangzhou R&F.

Alfaro has confirmed that the 14-cap Colombia international and his teammate Nahitan Nandez can leave the club this month, and the news will come as a huge boost for Spurs.

“We brought in [Jornan] Campuzano and [Ivan] Marcone because Barrios and Nandez are leaving,” Boca boss Gustavo Alfaro told Fox Sports, as quoted by Football Italia.

“They’re still here, but they can leave. We have a problem with our foreign quota. That’s why it seemed like the best solution.”

It remains to be seen whether Spurs make a move for him before Thursday’s deadline.