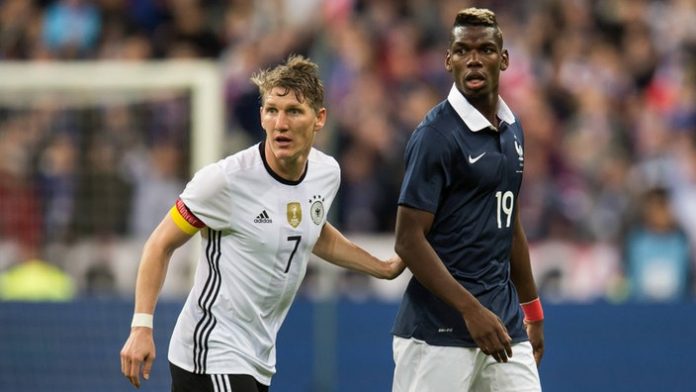 Manchester United are ready to let Bastian Schweinsteiger leave the club this summer.

Turkish giants Besiktas are interested in signing the former Bayern Munich star and Jose Mourinho has apparently given the green signal for a move.

According to latest reports, Besiktas want to sign the German international on loan with an option to buy. The likes of Paris Saint-Germain are interested in the World Cup winner as well.

The report also adds that Schweinsteiger had discussions with Mourinho and was informed that he is not a part of his plans going forward.

Jose Mourinho is ready to trim his squad down to 23 players and Schweinsteiger is expected to be one of the casualties.

The Red Devils are looking to sign Paul Pogba this summer and a deal is quite advanced if rumours are to be believed. In that case, it is highly unlikely that Schweinsteiger will get enough first team chances next season.

Despite his regression, the German is still a top class player and deserves to play regularly at this stage of his career.

A move away from Manchester United makes sense for all parties. Schweinsteiger can kick-start his career once again and Mourinho can trim his squad by offloading a high earner.

The German made 31 appearances for Manchester United last season and picked up 2 assists and 1 goal in that time.