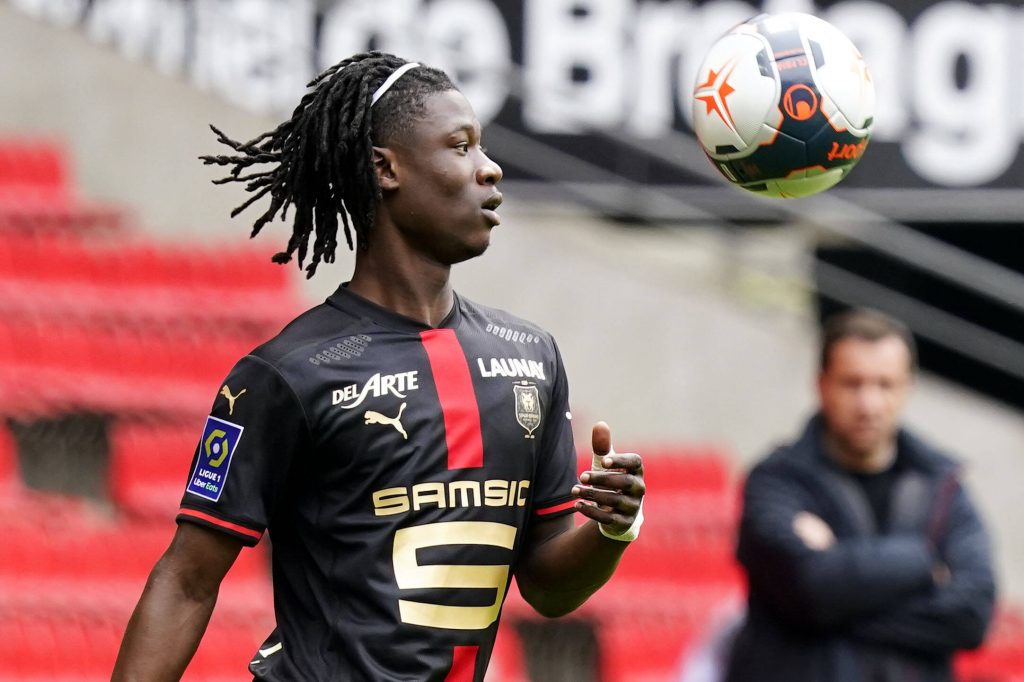 However, Foot Mercato say they are keen on signing Eduardo Camavinga, although their pursuit has suffered a blow.

Paris Saint-Germain will ‘launch an offensive’ that could be successful, and the 18-year-old ‘favours’ the Parisians over United.

The French international rose through the youth ranks to Rennes’ first-team in 2018/19 and has gone on to make 83 appearances in all competitions, scoring two goals with five assists.

Camavinga looks to have a bright future which is why so many clubs are monitoring his progress, but it doesn’t appear United will have much luck landing his signature.

The £34 million-rated midfielder has spent his entire career in France while representing the national team, so it’s not a surprise he wants to stay while he’s young.

PSG are a much more attractive proposition as they now have Gianluigi Donnarumma, Achraf Hakimi, Sergio Ramos, Georginio Wijnaldum and Lionel Messi, among others.

United can’t compete with that, so they may be resigned to lose out on Camavinga.

Whether they stand a chance of luring him away from France in the future remains to be seen, as he’d be on big money if he joined PSG and would have a lofty valuation if he realises his potential.

The Parisians are blowing most clubs out of the water financially, so they can’t be bullied in negotiations.

And because PSG need not sell valuable assets, they aren’t under pressure to cash in.