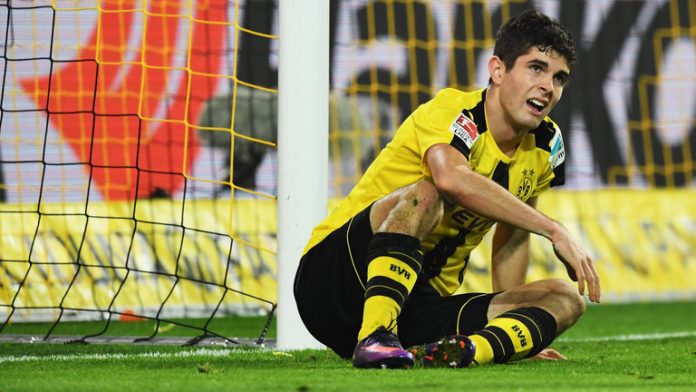 German media outlet SportBild have claimed that Dortmund are desperate to tie the 19-year-old down to a long-term deal.

The young winger has impressed since breaking into the Dortmund senior side, scoring 11 goals in 80 appearances for the club.

He has quickly developed into the United States’ most important player, scoring nine goals in 20 international appearances.

Both Premier League clubs have been monitoring Pulisic’s progress, while Bayern Munich are also known to be interested.

With United and Liverpool currently under American ownership, Pulisic is seen as a huge addition from a commercial point of view.

His chances of winning silverware would undoubtedly be great under Red Devils’ boss Jose Mourinho, while the club’s renowned marketing department could be expected to maximise his coommercial appeal in the States.

Dortmund will be eager to keep Pulisic after selling Pierre-Emerick Aubameyang to Arsenal, but a summer bidding war for the winger seems inevitable.