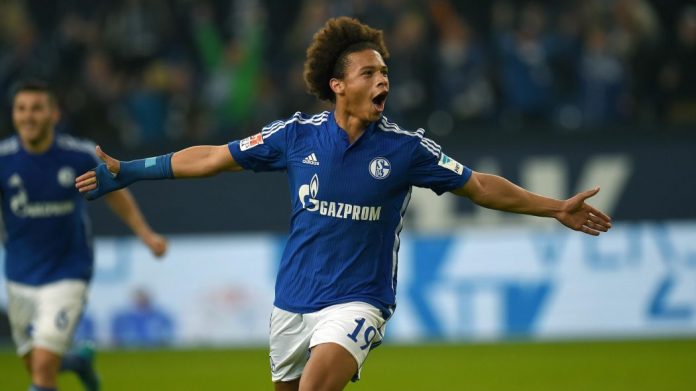 Manchester City are on the verge of signing German attacking starlet Leroy Sane for a reported transfer fee of £42 million, Schalke have confirmed.

Sane is dubbed as one of the best young prospects in the game currently and was thought to be targeted by Bayern Munich and Real Madrid as well.

According to reports in Germany, the young attacking talent has already agreed personal terms with the Premier League giants ahead of his £42 million switch.

After a host of exceptional performances last season, Sane was linked with a move away from Schalke all summer and the Bundesliga club have now confirmed that the youngster is set to leave after handing in a transfer request.

Schalke’s sporting director Christian Heidel told German newspaper Bild: “Sane has clearly expressed that he would like to change (clubs). We have to accept it. We will correspond if the conditions for Schalke are in order.

“I cannot confirm that the deal is in the final phase. That would mean that he could be gone tomorrow or the next day.”

Sane, who was included in Germany’s squad for the Euro 16, has a £31.3 million buy-out clause in his contract that can be activated next summer but Pep Guardiola is keen to bolster his attacking options for the upcoming campaign.

The attacking midfielder will become the Spanish coach’s fourth signing at Man City, who are also closing in on the signing of Argentinian goalkeeper Gerónimo Rulli for a transfer fee in the region of £4 million.