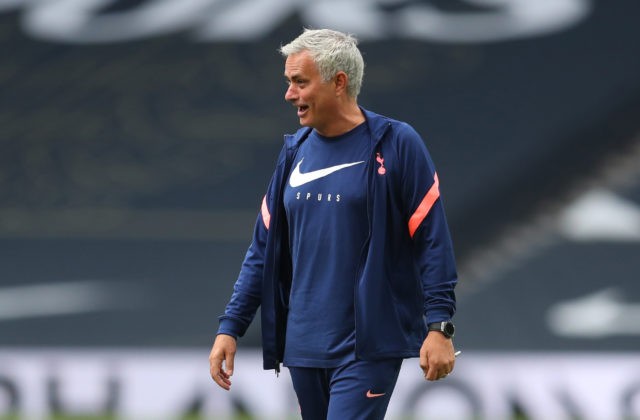 Real Madrid midfielder Luka Modric is confident that his former club Tottenham Hotspur will win a trophy under Jose Mourinho.

The Portuguese boss replaced Mauricio Pochettino at Spurs and took the club to sixth in the Premier League table last season.

Modric, who was signed by Mourinho at Real Madrid, has said that the Portuguese boss means a lot to him. The Croatian feels that Spurs have done the right thing by appointing him as their manager.

“Yes, definitely,” said Modric to The Times when asked if Mourinho is the manager Spurs need to win a trophy.

“I have a special affection for him, for everything he meant for me. Tottenham did a great thing to appoint him as a manager because he is a proven winner,” he added.

“In Italy, England and Spain he won things and he knows how to win and I am hoping he manages to do the same thing with Spurs. It’s a great thing for Tottenham to be able to bring in someone like him.”

Tottenham will start their new season against Everton at home on Sunday.

Spurs have worked with a limited transfer budget this summer, but the north London club have done really well so far in the transfer market.

They bolstered their midfield by signing Pierre-Emile Hojbjerg from Southampton. Joe Hart was signed on a free transfer, while they added depth in defence by signing Matt Doherty who joined from Wolves.

Although it is not expected of Spurs to challenge for the Premier League title this coming season, they will definitely be looking to get into the top four.

On top of that, Mourinho will be aiming to win a domestic cup competition to breed confidence in the side. Also, Spurs will be looking to do well in the Europa League.