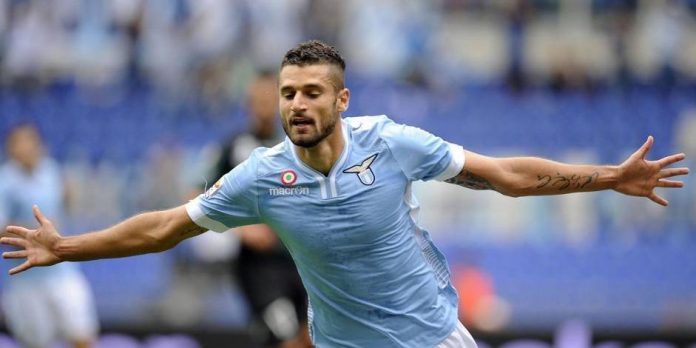 The 27 year old, who earned the nickname ‘Il Timido’ (the shy one) from an early age,  has had a terrific season for Lazio, scoring 12 goals and bagging 5 assists in 36 appearances.

Candreva is one of the most versatile players in Italy and can play in multiple positions in midfield. He is more of an attacking midfielder but is equally adept at playing as the wide man on either wing.

Manchester United and Arsenal have been previously mentioned in connection with the 27-year-old, and Liverpool were strongly linked with a January move for the Italian, with Brendan Rodgers looking to bring in players that suit his versatile tactical setup. The Reds will be playing in the Champions League next season and Rodgers knows that squad depth is essential when fighting for the top prize in club football.

However, Candreva is unwilling to talk about his future before this summer’s World Cup in Brazil. Speaking after Lazio’s 2-0 away win over Livorno on Sunday, the midfielder said,

“We are fighting for sixth place, to achieve the goal we have to win all the games from now until the end of the season. About my future? I want to finish strongly finishing sixth, then there is the World Cup. Finally we’ll think of a blessed future.”

It is believed that Juventus are also interested in the midfielder and are willing to offer Lazio up to €17m to Lazio for his services.